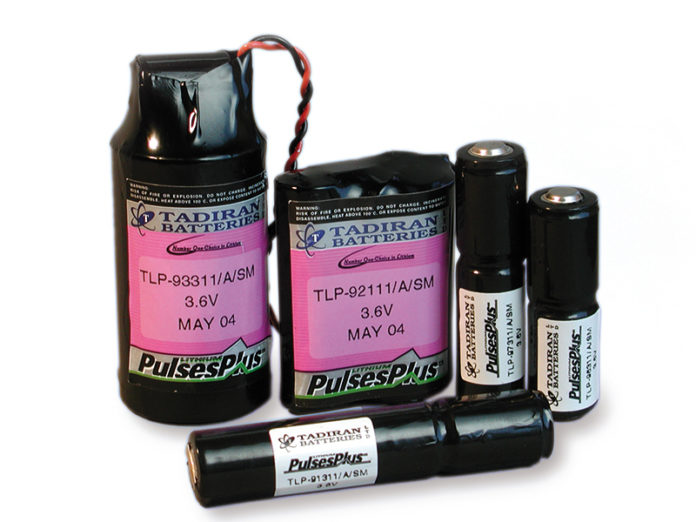 These upgraded devices increasingly utilise ultrasonic technology that contains no moving parts to last indefinitely, limited only by the life of the battery. Since these systems cost roughly twice as much as the mechanical meters they replace, the batteries that power them should ideally last more than twice as long as standard lithium batteries.

This article was originally published in Smart Energy International Issue 4-2021.

All batteries experience some amount of self-discharge even when disconnected from an external load. Bobbin-type LiSOCl2 cells feature the lowest self-discharge rate of all, largely due to their unique ability to harness the passivation effect.

Passivation occurs when a thin film of lithium chloride (LiCl) forms on the surface of the lithium anode, thus impeding the chemical reactions that cause battery self-discharge. Whenever a load is placed on the cell, this passivation layer causes high initial resistance and a temporary drop in voltage until the passivation layer begins to dissipate: a process that repeats each time the load is removed.

Cell passivation is influenced by cell capacity, length of storage, storage temperature, and discharge temperature. Partially discharging a cell then removing the load also increases the passivation effect relative to a new battery. Battery self-discharge is also affected by the quality of raw materials and the manufacturing process.

Passivation is essential to extended battery life but too much of it can overly restrict energy flow.

The potential of more than 25-year battery life achieved with Tadiran’s batteries has been validated by various metering and utility companies all over the world.

Continuously random samples are taken after many years operating in the field and are tested, proving to have a significant amount of remaining capacity that will outperform the requirements of the devices.

Marc Henn studied Mechatronics Engineering near Frankfurt/Main and holds a Master´s degree in Business Administration. After a long-time responsible position in the testing and certification industry he joined Tadiran as Manager of Application Engineering in 2016.

Tadiran Batteries is a leader in the development of lithium batteries for industrial use. Tadiran Batteries are suitable where utility meters require a single long-term standalone power source even if it has to supply high pulse currents for a GSM module.