The water meter replacement project began in October to replace approximately 9,800 residential water meters that have exceeded their useful life and were no longer accurate.

Roberts estimated the project has replaced 57% of the meters in the city so far, which puts it on pace to finish by August; however, Roberts said non-responsive residents have hindered progress.

Keystone Systems, the company subcontracted to complete the project for the city, is contractually obligated to set appointments with residents to replace their water meters.

Roberts estimated about 20% of residents, which amounts to about 1,700 water meters, have not responded to Keystone. If the project is not fully completed, Roberts said, its benefits to the city would be limited.

To reach unresponsive residents, Roberts proposed the city make public outreach efforts through various media outlets asking residents to help the city complete the project and offer incentives, such as a drawing for a gift card, to enroll.

The city council will vote on the plan at its next meeting March 19, though Mayor Roger Miller said he supported the plan.

Romania gets IFC support for energy efficiency and climate financing 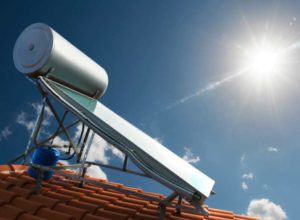