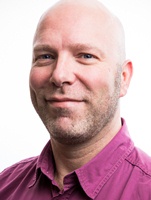 Recently Capgemini completed the development of an iPad app for meter readers for the Dutch regional electricity and gas network operator, Enexis. With the growth in the use of apps in the industry, smart-energy.com spoke to Wybe Horsman, Capgemini’s App Center projects manager, for some insights on their use and development and on the Enexis app in particular.

How does Capgemini view apps in the energy industry?
From the global point of view Capgemini has a global tech-level initiative that focuses on everything mobile and we believe that mobility will be the area where the growth of IT will be the strongest in the coming years.

In the short term people like to identify mobility as a specific area of IT, in terms of strategy, vision and solutions. We as a company foresee that in the middle term, IT solutions will always have a mobile component. So currently we look at mobility from almost a device point of view as people like to have information in their hands. But very soon mobility will be integrated into IT as one of the major entry points for company information as well as consumer information.

What considerations go into selecting a specific app platform?
We are a service providing company, which means that if the customer has a specific view on what platform his mobile solution should run on, we gladly go along with that request. But at the same time we have substantial experience in developing multi-platform applications. There are various ways of developing apps – you can develop HTML5 apps, so they look the same on every platform, and this is fine for some but it does mean that they never really make the most of the platform. Apple apps always look more or less alike because Apple has various software components to make sure the app really looks like an apple app. This is totally different from the android apps or windows home apps, which we believe are both upcoming for the enterprise environment. Alternatively you can develop an app for every platform individually.

We have found a way in between, called multi-platform development – we develop the app in one programming language with a common component that is the same on all platforms, and at the same time on top of that we put the user interface for external interaction. This way of developing apps ensures that your app is really using the most of the platform while at the same time being cheaper and easier and faster than developing the app for each platform specifically.

Why did Enexis select the iPad platform for its app?
There were technical and organizational reasons – Enexis already had the iPads and they wanted to do the project as a proof-of-concept, to learn what it would be like if they switched from old windows mobile devices to a new platform that is touch sensitive and that provides a lot more information to the user as well as more usability.

What specific considerations went into the Enexis app?
There were two major goals from Enexis’s side. The business department had found that the metering information was not detailed enough for the meter reading personnel to do their work efficiently. All they had was a set of addresses that they needed to visit to take meter readings, and rather than be able to plan a daily schedule they had to go to each of the addresses as they came up on the screen.

The second point was that when the meter reading personnel come face to face with consumers, they are considered to be a representative of the company and to be able to respond to questions about energy usage or issues with the company. In the past these personnel were not able to answer such questions as they didn’t have access to the relevant information. With the iPad it is much easier to provide for example, some standard questions and answers, or pdfs of brochures.

How does the app records the meter reading?
The app works both online and offline. The reader enters the meter reading to the app and when the system is online it synchronizes with Enexis’s back office systems. With the old mobile device, one always had to have an online connection but generally this isn’t available for example in the cellars of houses.

At the same time one doesn’t want the user to feel responsible for the synchronization process and it has to be totally transparent – the reader needs to be able to take the meter reading and go on to the next house without worrying about the synchronization.

Can the app provide billing information?
That was not a part of the scope of the project. It did come up in discussions but as additional connections would be needed to the back office and financial systems, it was decided that it would not be part of this phase.

Could the app be used by other utilities?
The app was a bespoke app for Enexis so we could not simply give it to other metering companies. However, Capgemini has the intellectual property of the app and if another energy company was to require a similar product, we could reuse some of the logic.

What goes into making an app such as this successful?
One thing I would like to emphasize is that the success of apps such as these are based on looking very closely to the company processes that one needs to automate. That is of course a no brainer, but still at times is forgotten.

In the Enexis case, the IT department had a wish to support the new iPad platform and the business department also wanted to move to another platform, and so both departments supported the project. If one focusses from only an IT perspective the project can become very technical, while if only from a business perspective then the IT elements and to support to make it work can get forgotten. The end users of the app – the meter readers – were also an important stakeholder, and we spent a week with several of the readers in order to experience the issues they faced and to get input to the workflow of the app.

The final point is the development time. Enexis had expected from their research an implementation schedule of between 6-12 months but to their surprise we were got it into production within two months.

More information on the Enexis app for meter readers HERE