In Johannesburg, South Africa, Lorien Gamaroff believes he has a way for Africa’s millions of unbanked consumers to pay their utility bills – the digital currency Bitcoin. 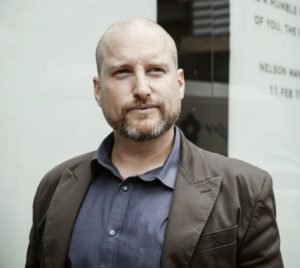 Gamaroff worked as technical director at Invirohub, a smart meter developer owned by the Bidvest Group, before founding Bankymoon

Gamaroff, a South Africa national and founder of Bitcoin company Bankymoon, has a background in developing software applications for smart meter solutions.

Gamaroff said he “looked under the hood” of Bitcoin and liked what he saw.

Launched in 2009, Bitcoin is a decentralised currency that is independent of central banks and governments.

Users download a Bitcoin wallet app to their phone or desktop to top up their own meter or members of their family’s in another country.

Metering Smart Energy International caught up with Lorien Gamaroff to hear more about his mission to bring Bitcoin technology to Africa, helping utilities to collect much-needed revenue along the way.