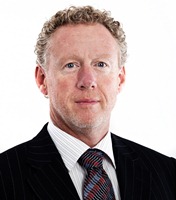 In terms of New Zealand, you said the country has 70% of renewable resources but it’s predominantly hydroelectricity and geothermal, which is fairly predictable and manageable. I think the challenge for the distribution industry is the need to incorporate less predictable renewable sources such as solar and wind and to deal with the intermittent nature of those sources. So the challenge is trying to work out how distribution companies can cost effectively facilitate high levels of intermittent renewable generation.

Also key is to recognize that a lot of that renewable energy isn’t going to be deployed in the traditional central generation model. A lot of it, particularly solar, is going to be deployed at customers’ premises. So it’s not a case anymore of distribution companies bringing energy from central generation sources to homes; the generation sources are at the home, so the whole architecture and business models, the thinking for distribution companies, need to change in order to recognize the fact that their role has shifted significantly.

I guess the only thing to be reminded for an Australian audience is that New Zealand doesn’t have any feed-in tariff or incentive for solar so we haven’t had the huge uptake that Australia has had. Across the whole of New Zealand there are probably only 1,000-2,000 solar PV systems, so, from our point of view, we at least have the luxury to prepare for this shift and to change and grow our business to adapt, rather than having things happening as fast as they have in other parts of the world.

Vector has been internationally recognized as an innovative energy distribution provider. Your solar leasing program is making headlines around the world in a time where distributed energy generation and solar PV are perceived as a threat to utilities’ traditional business models. What do you think are the industry’s biggest challenges related to renewable integration and storage and what needs to be done to overcome them?

I think that, on one hand, the new option that customers have to implement their own generation certainly is a threat to the traditional models and it really requires utilities not to try and resist that change but to try and work out how they can actually change their business models. And also to change the ways they think about and design their networks to recognize that change.

What we are trying to do with the solar leasing program is to recognize that customers have a choice to put solar on their roof and if this isn’t done properly, from a New Zealand point of view, it isn’t going to provide the benefits as if it was done in a more managed way. What we are trying to do is to recognize that if we can combine solar with batteries there are network benefits for us, in terms of being able to time shift the solar output to coincide with peak demand, and it also provides buffering on our network to be able to facilitate high penetration of PV on houses, which we predict will happen in the future. From a customer point of view there’s still a relatively high investment cost for solar so our model of us owning and managing the system takes away that upfront cost of ownership as well as the burden of owning the systems themselves. We see it as a win-win situation where we can achieve some network benefits and the customer would benefit from having a solar solution. We think this is the first initiative of this sort. We can combine an option for customers that helps the network (rather than causing issues to us) as well as providing our customers some new options. So, to reply to your question, “what do you think are the industry’s biggest challenges?” I think the biggest challenge is for the industry to recognize that traditional thinking and traditional solutions aren’t going to be appropriate going forward.

What role do you foresee energy storage to play in the near future?

The price of storage has been reducing, so at the moment we think it’s on the cusp of being a financially viable alternative to traditional network solutions. With the cost of energy storage falling, it will become more and more viable.

1. It provides an option value, in the sense that it offers an alternative to making a large network investment die by providing an option to incrementally roll out batteries to keep up with low growth. Particularly when you look at the future there are a lot of uncertainties into what the demand growth on the networks is going to be. There’s some forecasts that would expect demand growth to be falling into the future so battery storage essentially would be able to buy you time rather than making a big investment today on the assumption that growth with continue.

3. It provides the facility to firm up the output from intermittent generation such as solar and wind and buffers the network from rapid change such as when clouds pass over.

So we see multiple roles for energy storage. We anticipate it will become a significant change in the whole infrastructure of the energy industry. And some of that storage will be owned by customers – as we see storage prices reduce, some customers will go ahead and install it themselves. So we see a combination of utility-owned and managed storage and customer-owned and managed storage as a key part of the industry in the future.

It’s a game changer and when we think about energy storage we also think about electric vehicles, which is another element of energy storage. While they have had a slow start we are starting to see in some parts of the world EVs getting some traction. Again if you look at it in 5 to 10 years, having EVs and the storage element that they add into the network will add another factor that could be advantageous, if it’s done properly.

The role of demand-side management in Europe’s energy transition