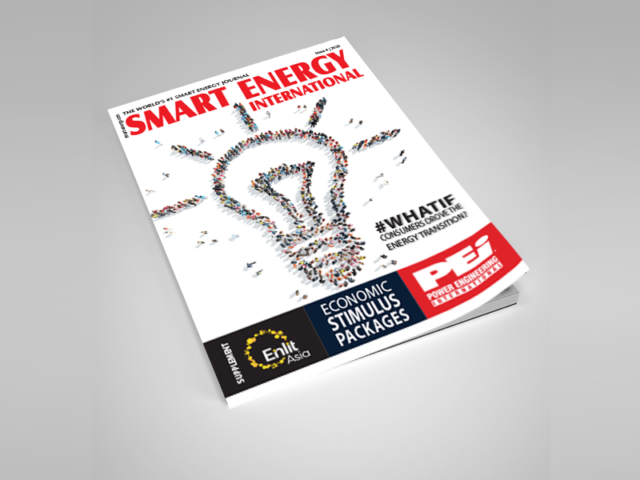 If ever there was a phrase that has launched a thousand ideas, it would have to be: What if…?

It conjures up visions of rocket ships and time travel, princesses and dragons, or in the case of our cover story – the role the consumer could potentially play in the energy transformation.

And it’s a powerful question. Speaking to a selection of industry leaders, our editor-in-chief Kelvin Ross asked the question – and received some amazing insights into the potential. Energy would be “cleaner and cheaper” was one response, another that “consumers would be free from the still excessive influence coming from large, often state-controlled companies, that still base their revenues largely on centralised and fossil fuel generation.”

Our regional focus for this edition is Asia and we have explored how the energy transition in that region is being influenced by national and regional policy; and also how the current COVID-19 pandemic is impacting the speed of the transition.

Speaking of which: Governments around the world have announced billions and billions of dollars, euro, yen, baht, rand, shillings, rupiah, pesos and dirham to not only kick-start our fl agging economies, but also encourage continued investment into the energy transition. We consider some of the various stimulus packages available.

The impact of the pandemic isn’t just being seen in stimulus packages, but also delays in the rollout of projects around the world. We ask what the impact on the rollout of smart meters in Great Britain will be and how countries in Latin America have responded to the crisis and the potential opportunities.

Policy discussion is continued in our coverage of the energy elements of the race for the White House, which promises to be hotly contested with the roles of energy and jobs becoming highly politicised as we get closer to November 2020.

For those of you whose interests run the gamut of the power and utility sector, there is a whole section of Power Engineering International which provides the latest news on power generation around the world.

This edition has a strong hydrogen focus, exploring its use in Europe and Asia and the challenges of building a global hydrogen sector. Also, be sure to read the Indonesian geothermal coverage.

For many of our readers, the current, slightly surreal state of the world has meant more work and a complete blurring of the lines between ‘at work’ and ‘at home’. As the summer holidays in the northern hemisphere begin, we hope that you will take the time to put your feet up and have a bit of a break. Read a good book… read Smart Energy International… or listen to one of our podcasts… and come back invigorated and ready to continue driving and leading the transition of our sector.

PS: As mentioned, we have produced a number of podcasts which have been well received by the industry. Thus far topics have covered the response by the utility sector to the COVID-19 pandemic and a shift to the new normal plus a retrospective on the sector over the past decade. Be sure to check in regularly for new episodes.

Total to develop up to 1.6GW of solar and energy storage...