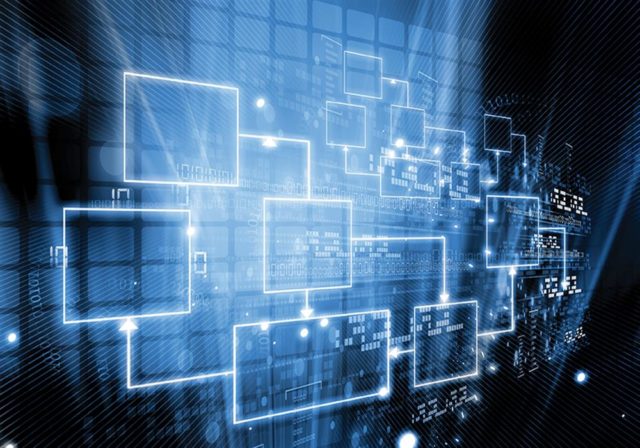 This article looks at the adoption of advanced metering infrastructure within the water and gas utility industry and the technologies being utilised to ensure secure, cost-effective, fast and resilient telemetry of energy and water usage data.

For more than a decade, electric utilities have been deploying smart metering systems, driven by government incentives, cost savings, and a growing need for visibility at the grid edge. But for water and gas utilities, advanced metering infrastructure (AMI) has been a more difficult business case.

Their meters are often inside buildings or underground – out of range for many wireless systems – and their networks typically do not have power at the meter. Battery power must be used and, in the past, battery life and cost were not always practical.

Especially in the water segment, many utilities are small (less than 20,000 endpoints) and do not have the operating budget for the upfront capital investment or the internal resources needed to manage the system on an ongoing basis. Where resources have been available, lower-cost (but lower functionality) automated meter reading (i.e., walk-by or drive-by) systems have been deployed. More often, however, water and gas utilities continue to rely on manual meter reads. In some places, water utilities do not have meters at all, and instead, charge a flat fee that does not reflect actual water consumption.

With the advent of low power, wide-area (LPWA) networking solutions, Navigant Research believes these highly affordable and suitable wireless networks are poised to change the game for water and gas utilities.

A perfect storm of technological advancements and societal need

The emergence of the Internet of Things (IoT) and a multitude of lower-cost, specialised machine-to-machine (M2M) networking protocols is the catalyst for this anticipated change. Throughout the next decade, tens of billions of connected sensors and other communicating devices will be deployed, equipped with recent networking standards. These protocols boast long battery life – as much as 20 years in some cases – and include LPWA options such as long-term evolution (LTE) based cellular standards, like narrowband IoT (NB-IoT) and LTE Cat M1, open standards like Long Range (LoRa), and other proprietary IoT standards such as those created by Sigfox and Ingenu.

The inherently lower cost of these technologies will be magnified as volumes grow, further driving down cost. It is expected that lower-cost connectivity options will greatly accelerate the demand for fixed, multifunctional AMI systems in both the water and gas segments over the next decade. The number of communicating water and gas nodes shipped annually is expected to climb by 82% between 2019 and 2028, from 85 million to more than 150 million.

Public carrier options such as NB-IoT, LoRa, and LTE Cat M1 are anticipated to be priced very competitively with RF mesh or point-to-multipoint (Pt2Mpt) legacy technologies – as much as 25% cheaper.

Furthermore, these newer LTE-based protocols are not expected to have the generational shortcomings associated with 2G or 3G cellular networks, as future upgrades and the coming 5G era mean these networks evolve rather than being replaced by new generations.

Finally, interoperability and standardization around these emerging protocols give traditionally conservative utilities in the gas and water segments greater confidence that they are investing in a solution that does not have a limited shelf life. Navigant Research expects NB-IoT to have the

highest market share by the end of the next decade, with use of LoRa and LTE Cat M1 to also gain measurable traction in the smart water and gas network market.

The benefits go beyond meter reading

For water or gas utilities with legacy manual read meters, the greatest benefit of a communicating AMI system is the elimination of meter readers – a substantial ongoing operating cost.

However, there are other reasons for water and gas utilities to deploy smart networks.

For water utilities, these reasons revolve primarily around the need for better water conservation. Especially as urban populations grow, water scarcity (when there is greater local freshwater demand than freshwater supply) is becoming an issue in many places. Increases in water withdrawal are largely attributed to population and economic growth as well as the water intensity of industries.

Decreases in the renewable freshwater supply are largely due to warming climates and drought. Other common causes of water scarcity include ageing or insufficient infrastructure and poor resource management and governance.

Ageing infrastructure results in high leakage in many places – as high as 40% in some places. Reducing this leakage represents major cost savings to the utility, as it no longer has to purchase and treat the same amount of water. Implementation of smart water sensors and meters can drastically reduce this loss. Finally, the cost of non-revenue water (NRW) can also be recovered. NRW results where there are no meters, where theft occurs, or in situations where there is, for example, authorised community consumption for watering parks. People have historically taken readily available water for granted, but this attitude is increasingly untenable.

Safety is a major consideration on the gas side of the equation. The use of natural gas has grown markedly over the past two decades and continues to climb rapidly in many markets. Smart gas networks can identify unsafe operating conditions and can automatically alert the utility or even take action based on a triggered condition.

Many smart gas meters deployed today have built-in shutoff valves. If a gas leak or a drop in system pressure is detected, for example, a smart gas meter can communicate these operating conditions with the utility. A networked system can also be used for methane detection, cathodic protection, gate station metering, and more. Increasingly, regulators are mandating smart gas networks not only for safety reasons but also for energy efficiency purposes.

For both water and gas utilities, standardised analytics solutions that use data generated by these systems will also provide growing value for applications like asset management, predictive maintenance, and customer engagement.

Meanwhile, natural gas is a cleaner and less expensive energy fuel in growing demand, but its distribution can have serious safety implications. Managing the safe and efficient delivery of both water and gas must be a priority for utilities.

More detail about the use cases and regional case studies of smart water and gas network deployments can be found in the Navigant Research report, Networking and Communications for Smart Water and Gas Utilities. It contains forecasts by global region and technology, including discussions of protocols such as RF mesh, Pt2Mpt, Wi-SUN, LoRa, Sigfox, NB-IoT, LTE Cat M1, RPMA, M-Bus, and Zigbee. SEI

Richelle Elberg is a principal research analyst overseeing Navigant Research’s Digital Energy programme and leading the Energy Connectivity research service. Her primary focus is on holistic connectivity strategies for energy industry stakeholders in the Industry 4.0 era, including networking for applications in the power utility, oil & gas, and mining sectors.