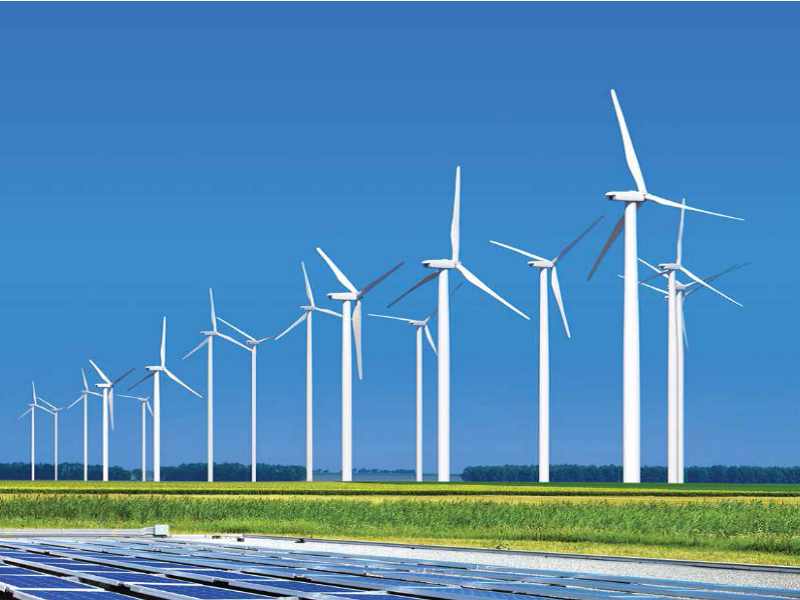 As more renewable energy is fed into the Argentinian grid, the impetus to implement smart grid technology is increasing. Yet, coordination on a national scale remains a challenge, along with a lack of incentives from government to encourage implementation.

In recent years, Argentina has begun to modify its energy matrix, giving an important boost to renewable energy sources. The starting scenario is an interconnected electricity system in which, approximately, 30% of generation comes from large hydroelectric power plants, 62% comes from thermal power plants and 4.5% comes from nuclear power plants, here less than 2% comes from wind and photovoltaic systems.

Although the first experiences with wind energy in Argentina date back to the 1990s, it was only from 2010 that the construction of large wind farms began. The accelerating element of the present transformation process was the approval, in 2015, of Law 27191, “National Development Regime for the Use of Renewable Energy Sources for the Production of Electrical Energy”.

This law establishes that all grid users consuming more than 300kW must incorporate a minimum of 8% of their own total electricity consumption with energy from renewable sources by 31 December 2017, reaching a step-by-step increase of 20% by 31 December 2025.

Based on this legal framework, the Ministry of Energy and Mining instructed the Electricity Wholesale Market Management Company, CAMMESA, to issue a national and international open call for proposals, called “Programa RenovAr Ronda 1”, for the qualification and eventual awarding of bids for contracts for the supply of electricity generated from renewable sources, with the aim of increasing the participation of renewable energy sources in the country’s energy matrix, in accordance with the provisions of Law No. 27191. This first call, made in the second half of 2016, was successful, and resulted in two additional calls, called RenovAr Ronda 1.5 and RenovAr Ronda 2.

Current status of the projects awarded in the programme RenovAr:

From renewable energies to smart grids The advances in the energy sector that have been taking place since 2015 will bring about a substantial change in the country’s energy matrix. However, this change involves many challenges, including the need to build new transmission lines, or expand their transportation capacity, and the modernisation of the entire electrical system’s monitoring and control support.

Moreover, the incorporation of renewable energy-based generation, in addition to the future regulation of distributed generation systems at the household level, makes it imperative to move forward on a much broader issue: smart grids.

The road to smart grids in Argentina has begun to move very slowly, without strong support from the national government. To date, there are about a dozen small pilot projects being developed in medium-size towns in the interior of the country. In general, excepting some particular pilot projects (eg the towns of Armstrong, Salta and Centenario), the smart metering projects have been deployed by small or medium-size electric cooperatives, without explicit official support. In almost all these cases the cooperatives have an important number of rural and semi-urban users, and this is one of the main reasons that justify the installation of the smart meters.

One of the aspects highlighted by the cooperatives starting to install smart metering systems is the reduction of meter reading costs and the control of connection/ disconnection of network users remotely, without having to send a crew of operators to the site. In some cases, reductions of up to 800km have been observed in the monthly travel of the staff assigned to meter reading.

Other interesting questions arising from the use of smart meters is the possibility of using prepaid systems. Experiences conducted so far, although not statistically significant, show interesting behaviour in the use and conservation of energy. For example, average recharge periods of almost a week have been observed, with minimums of two days. This reflects a microeconomic behaviour in which energy use, at household level, is managed almost on a daily basis.

As previously mentioned, most of the smart metering/smart grids projects are uncoordinated with each other, and there is no overall impulse or incentive programme from the Ministry of Energy and Mining or the government itself. However, the analysis of some of these specific cases shows that the implementation of smart metering systems is an accelerating process, and that a critical mass is gradually being reached which may lead to the launch of massive installation plans.

With regard to the monitoring and control of transmission/distribution systems, which is another part of a real smart grid, it is important to note that CAMMESA is making progress in the implementation of Phasor Measurement Units (PMUs). In the course of 2017, 36 PMUs were purchased to be located in different locations in the interconnected electricity system that covers 90% of the country. It is expected that over the next few years, progress will be made towards covering all the points of interest in the national grid, in order to configure a wide area monitoring, protection and control (WAMPAC) system for the entire grid.

Gradually, the conditions are becoming clearer in Argentina for the use of renewable energy sources and smart grids to be a daily reality. The launch of the RenovAr programmes, together with the approval of the law on distributed generation at the household level (still pending to be regulated) and the installation of smart metering systems, through pilot projects and medium-scale installations, are a promising scenario, although not without difficulties.

The massive deployment of smart meters, and the insertion of distributed generation systems will not be fast unless the government generates incentives to speed up the process, or the socioeconomic context evolves in such a way that large distribution companies invest in the massive replacement of electricity meters, reaching the service users in the country’s largest cities (which, in turn, show the greatest demographic growth). MI

He leads a line of research on Smart Grids within CONICET and UNMDP, focusing primarily on issues related to the measurement and evaluation of power quality problems and also signal processing applied to the detection of signals in noisy environments, such as powerline communications (PLC).

He has directed several doctoral theses and published scientific articles, in addition to lecturing courses and conferences on the matter. He is currently focusing his attention on studying the evolution and impact of smart grid on the Argentine electricity system.