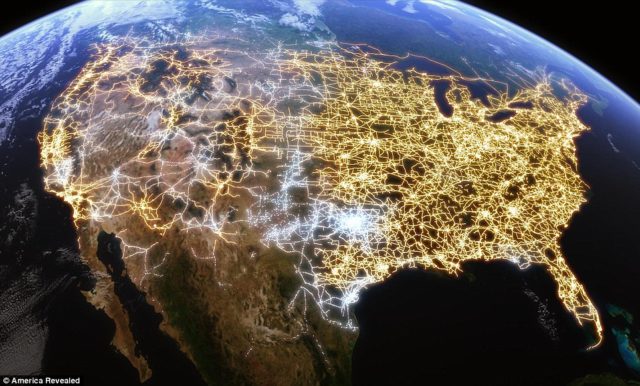 The basic strategy being followed by the Avangrid distribution business for grid modernisation is very clearly illustrated in the Distribution System Implementation Plan, a document filed with the New York State Public Service Commission in June this year under the state’s ‘Reforming the Energy Vision’ (REV) strategy.

The plan is the roadmap for Avangrid’s New York utilities, which make up more than half of Avangrid’s holdings. “This document is not just about our New York business,” Ballard points out. “The roadmap in terms of the capabilities are ubiquitous and are applicable across our entire electric utilities business.”

“We started by identifying the capabilities of the future distribution system operator – in New York they use the term ‘platform’ consistently now, as the grid is viewed as a platform to enable other things to happen. It’s not just the poles and wires, but there are now services associated with the grid – hence the term ‘platform’.

In our future utility planning process, we identified the capabilities that the future platform (people, process and physical infrastructure) would need to accomplish. We organised it into three very basic categories that allowed us to deconstruct underneath that. Firstly, we need to operate the new grid in an effective manner – a grid which is dramatically different to yesterday’s grid due to higher levels of distributed resources, renewable penetration and changing customer expectations.”

The second suite of capabilities addressed integrated system planning, which considered what the distribution system platform operator of the future would need in order to plan and forecast. These capabilities are expected to be quite different in the future to what they have been in the recent past and will include forecasting DER penetration – identifying opportunities, constraints and capacity limits in advance. This in order to inform the market and consumers so they implement distributed resources where they provide the most value.

The third capability is the one that will likely evolve the most over time and this is market and customer enablement. This refers to a set of capabilities around enabling the market, providers of new energy products and customers to engage in new services. Initially this will focus on providing customers and market providers information. There is a lot of foundational work needed before a robust retail market can actualy develop.

Ballard continues: “Once the capabilities are clearly articulated, a roadmap for each was defined, broken down into functional and operational elements. These capabilities were translated to the technologies needed to perform the specific functions and a suite of foundational technologies was developed from there.”

An example of this is advanced metering, which is a major area of investment and fundamental to all three core capabilities. Many of the technological requirements straddle multiple capabilities. The AMI meters provide some of the sensors needed needed in order to operate the more complex and dynamic grid efficiently; provide the data for forecasting and planning which will provide enough consumer-use information in the granularity needed in order to forecast; and enable temporal based pricing for customer and market enablement in order to create time based products and services.

There are a number of investments identified including advanced metering, grid automation, advanced distribution management capabilities, GIS data (the importance of accurate and granular GIS data at the distribution level is particularly important) and a suite of advanced planning tools.

That plan is a five-year roadmap and outlines the investments in New York state. However, the plan is fairly representative of the strategy across all of the companies in group, although the implementation or timing may differ. For instance, the Central Maine Power business has AMI installed and may be starting from a different place to that of New York but the direction is ultimately the same.

Regulatory frameworks across the various states also impact how the roadmaps are going to be rolled out. For instance, in New York, the view of AMI has changed somewhat over the last couple of years. Sanchez Fornie highlights that while Iberdrola as a group is pursuing an overall strategy, this must be adapted to the regulatory or legislative framework of each country or state in which it operates.

“In the US, each state has its own regulation, but New York is becoming a real lighthouse for the other states. The activity that Avangrid is going to undertake in New York state is going to be a very important step in the processes that will be undertaken in the rest of the states by Iberdrola. We see this as an opportunity to understand the future of the utility with a special focus on the customer.”

“The uniqueness of the New York REV is its comprehensiveness and its aspirations in terms of speed. In other parts of the US and Europe, we are all dealing with very similar issues or very similar pieces of issues. What New York is doing that is unique is trying to address the entire ecosystem, whereas others will deal with a specific pressure point at the time. New York is looking at the entire concept,” Ballard explains.

When questioned around what has changed over the last five years with regard to industry set up, perception and positioning, Ballard says: “It’s a question of the chicken or the egg. Certainly if there was no regulatory support, we could not be talking about doing any of the things we have planned for. The regulatory support for demonstration projects in particular is vital – along with the expectations amongst ourselves is that we need to evolve our platform – the industry in general is in a state of transformation and because this is recognised, not only by the industry but by the regulatory construct as well, we are aligned. We probably have the most collaborative regulatory relationships we have had in many years, despite the fact that we are dealing with many difficult issues. There is a very robust dialogue between all of the stakeholders – regulators, utilities, customers and market participants.”

Avangrid is working on an energy smart community pilot project in Ithaca, New York. The project will serve as a test-bed for demonstrating and evaluating energy innovation, and will identify how to scale that innovation to a larger population. It will focus on engaging customers and moving them toward being active participants of the energy ecosystem through energy conservation, energy efficiency and self-generation.

The pilot will see 12,000 advanced electric meters and supporting data systems implemented which will allow Avangrid subsidiary NYSEG to demonstrate the benefits of the future utility platform, proactively operating a more dynamic and diverse grid, providing customer’s control of their energy profile and giving them access to new energy products and services. MI