Metering & Smart Energy International spoke with Jorge Venancio, master engineer in the asset department at Comgás. Venancio’s responsibilities include metering specifications and procedures and he is a Brazilian metering standards coordinator on behalf of ABNT – the Brazilian Standardization Association

What ‘smart’ technology is Comgás putting in place to better manage gas resources and effectively manage the way customers use and pay for gas?

In Sao Paulo, customers with monthly consumption of greater than 50,000 m3 must be compliant with these regulations. In respect of residential metering, pilot installations have been put in place and these are being monitored to determine the way forward. Unfortunately, due to confidentiality reasons, I can’t elaborate at this stage.

What type of metering program do you currently have in place and what, if any, plans do you have to implement smarter metering or AMI systems?

JV: As it was reported before, in respect to residential metering, there are some pilot installations, which were carried out in order to prospect future smarter metering implementation. That´s not an easy task due to the absence of regulatory incentives and the low load profile of the domestic natural gas customers.

What is the biggest challenge you are experiencing in terms of your customers and customer engagement program? How are you overcoming these?

JV: In my opinion, the biggest challenge is the creation of a regulatory framework that permits the customers to pay for smart metering. Many of them would be receptive to the idea, but that´s not allowed now. There are many steps to achieve that, since natural gas regulation is in its infancy in Brazil, especially compared with the EU and USA. 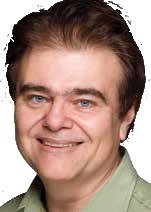 Comgás was founded on August 28, 1872, and has been through many changes over its 143 year history. The decisive point in its trajectory was in 1999, when two energy industry giants – BG Group and Shell – made a successful R$1.6 billion auction bid for the company’s concession.

Under BG Group and Shell management, over R$4 billion has been invested to modernize and extend its gas distribution network over more than 8,000 km throughout the state of São Paulo, thus bringing the benefits of piped natural gas to thousands of residential, industrial and commercial customers.

In May 2012, when Cosan acquired 60.1% of its share capital from BG Group, Comgás became Brazil’s largest distributor of piped natural gas with impressive numbers in terms of its scale and importance for the nation’s economy and people’s lives.

Comgás serves more than 1.5 million customers in the state of São Paulo and supplies natural gas to homes, businesses, industries and vehicles, using pioneering technology resources in the development of distribution networks and service expansion. The company has 13,000 kilometers of distribution network and serves customers in 78 municipalities.