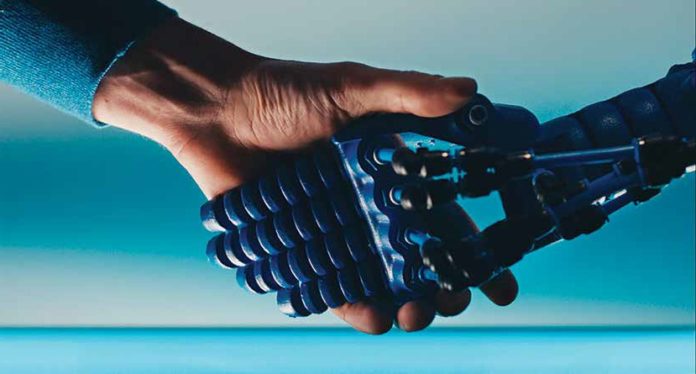 Across Europe, energy suppliers are actively rethinking their business model, under pressure from a lot of elements: declining commodity prices and volumes, increasing competitive pressures, changing customer needs due to the rise of distributed, renewable energy, the sharing economy, and opportunities that digital technologies offer.

Reducing dependence on energy supply as a source of income is key for them. The question is: how can energy suppliers meet new customer needs, while ensuring an enduring business model?

Especially in the consumer segment, the rise of the smart home offers a unique possibility to get out of the commodity trap, and transform from energy supplier to energy service provider. Smart thermostats and energy insight displays are natural entry points for energy suppliers to enter this market, offering a new platform in the home to engage with consumers and offer new services. Energy suppliers that are going this route have realized that this transformation is really hard work, but also really worth it in the end.

The transition towards distributed, renewable energy, where consumers become prosumers, has really hit the mark. Solar PV has increased faster than many expected, and in markets like Australia, but also Germany, home battery ownership is following a similar curve. Both markets are helped by cost curves going down. Electric vehicle ownership is also growing, especially in countries with large government support such as Norway and the Netherlands. Currently, there are over 500,000 (PH)EVs in Europe, and this is likely to grow now that all major car OEMs are introducing EVs as mainstream cars.

The smart meter rollout in Europe, although delayed in many countries, is meant to be an enabler of this transition, making households a real-time part of the energy system. However, despite the delays, or maybe because of it, we see that consumers and commercial companies are actually bypassing the smart meter, making use of Internet of Things technology to connect a new infrastructure behind the meter to the energy grid. For example, energy usage can be measured in other ways than the smart meter; and smart thermostats and connected solar and home battery inverters can be used to optimize energy usage within a household. They can also be used to set up a virtual power plant for a group of households, or to deliver demand response services to the grid operator.

The energy company of the future is a platform and a service provider. Gartner predicts that by 2020, the largest energy company in the world (by market cap) will not own any network or generation assets. Indeed, whereas historically vertical integration between energy production and supply served as a major advantage, these days German utilities like RWE and E.On have split off their conventional production assets from their retail business and renewable production. Start-ups facilitating peer-to-peer energy trade are popping up in every country, which will accelerate once technologies like blockchain allow close-tozero transaction costs. Tesla defines a new version of a vertically integrated energy company of the future, by combining solar, storage and electric mobility in one company, as highlighted by the recently announced acquisition of SolarCity.

With these new entrants and the dire market conditions anyway, how can energy suppliers avoid becoming marginalised?

Energy suppliers that invest in the relationship with their customers and act as partners of their customers in reducing energy bills and footprint, are best positioned to benefit from the changing market conditions. They need to become a platform to facilitate peer-to-peer sharing of energy and deliver energy management services to their customers. Electric mobility, home energy management and ESCo constructions all offer growth opportunities for energy suppliers to turn into energy service providers.

For example, a smart thermostat that also provides insight into energy usage and production can act as an energy management platform for homes and small businesses. This also offers opportunities to deliver more smart home services to customers: from energy-related, such as demand response, solar monitoring, remote boiler management, to other categories such as home security. This opens the opportunity for a teleco player – bundling several services with a commodity to increase average revenue per user while at the same time boosting customer loyalty.

Energy companies: not so badly positioned after all

So how can energy suppliers compete on a topic like smart home, with international technology companies such as Google/Nest, Samsung and Apple? There are two possibilities. Firstly, most applications in the smart home will not be fully plug-and-play for years to come, and regional differences in home set-ups provide large barriers to entry for global players not rooted in the local community. Secondly, smart home value for customers will mostly be a combination of ‘clicks’ and ‘bricks’, combining locally installed hardware and smart phone applications with down to earth services such as boiler repair or home surveillance. Energy companies, with their monthly billing relation and often their own local field force, are better positioned for this.

Innovate to stay ahead of the curve

At Eneco, a large Dutch energy supplier that has historically been asset-light and customer-focused, we were successful following this strategy, with a smart thermostat and energy insight device called Toon that comes with a monthly fee, and significantly reduces customer churn. Over 300,000 households have bought a Toon, which amounts to almost 20% of Eneco customers. This offers a platform to deliver many other services, like remote boiler monitoring or demand response services. Our subsidiary Quby, responsible for Toon, is fully independently positioned, and is on an ambitious track to partner with European utilities to help them make a similar transformation.

Say goodbye to the old world This is the moment to differentiate as an energy company by showing innovative force. This means saying goodbye to the old world and welcoming everybody to the new world where innovations are not only available to the happy few but rather to everyone. A world in which more power lies with the people and individual energy solutions are part of every customer’s life. A world in which sustainability is not just an obligation, but rather … easy, cheaper and more enjoyable. MI