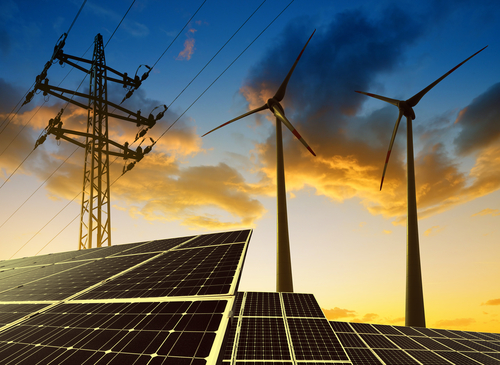 Climate change and the addition of renewable energy to the grid is changing the traditional power sector business model.

In South Africa, solar energy prices have almost reached grid parity and the tradition of large, centralised power stations is changing. As time passes and more alternative generation is embedded into the grid and added into the equation, fossil fuels and large generation will not necessarily continue to be ‘go to’ choice.

As we move toward an ever expanding energy mix that encompasses multiple options and the opportunities brought by renewable energy, a shift has to occur away from a centrally controlled mindset to one which encompasses distributed grid elements. Additionally, accommodation needs to be made for the fact that power flows from more than one direction.

According to Bipath, the implementation of a smart grid has benefits across three levels – societal; for the country as a whole, municipalities inclusive; and for individuals.

“For society and the country as a whole, we have to meet the climate change targets we have agreed to and become more efficient. This has huge benefits for all South Africans and for our country. An additional societal benefit is the improvement to service delivery, particularly in municipalities.

The introduction of smart grid technology is a key enabler for South Africa to achieve its proposed energy mix. Without smart grids large scale integration is impossible. With regard to service delivery, smart grid technology is enabling the use of integrated systems and processes in the municipal environment, thus enabling efficiencies and effectiveness not seen before in the municipal environment.

At an individual customer level, electricity pricing has gone up by almost 200% in South Africa over the last 8 years. Users often ask:“Why has it gone up so much? What has changed to drive the price up?”

In developing economies, increasing tariffs impacts on the poor the most. “Smart grid gives visibility and control so an individual can manage their own demand. This is important as the electricity system at large is demand driven. Traditionally it has been ‘uncharted and uncontrolled’ and it has been difficult to establish a direct link between demand and supply. Smart grid and automation changes that dynamic. Strategically, you may now have more options to control demand.”

SANEDI has been overseeing 10 pilot projects across the country in order to assess the benefits around management and self-management of usage in particular. Through a signed Memorandum of Agreement with the Department of Energy, SANEDI’s smart grids programme is tasked with the responsibility of implementing the EU donor funded smart grids programme with regard to the components that deal with the introduction of smart grid concepts within the South African electricity distribution industry (municipalities). The Department of Energy through the electricity chief directorate has identified five priority areas within the electricity distribution industry (EDI) to conduct applied research pilot projects.

The objective of the applied research projects is to provide policy and regulatory input through the experience and lessons learned from the pilot projects implemented. These five priority areas resulted in the selection of 10 municipalities to participate in the programme. The projects not only serve the broad objectives of the department but address burning issues within the municipality, thereby serving as a catalyst for change. The five priorities of the department are as follows:
a) Distributed power generation
b) Enhanced revenue management
c) Energy efficiency demand side management (EEDSM)
d) Active network management
e) Asset management

At a municipal level, there are significant challenges facing the South Africa power sector. With each municipality being responsible for overseeing its own power distribution, no one is responsible for looking at these issues from a centralised perspective and ensuring that municipalities are economically viable – and, as with many developing economies, there are a variety of political and societal issues at play.

Smaller municipalities, which make up the larger portion of the municipalities in South Africa, generally generate only 15% of their revenue from electricity sales and collections. This is due to several factors, including a lack of economically active people in the region, no or low electrification, challenges with revenue management and collections, a large number of indigent people, and low electricity usage.

Larger municipalities or metros are in a completely different situation. They generally make up to 80% of their revenue from the sale of electricity. While the discrepancy between municipalities is balanced out somewhat by proportional revenue allocations from the fiscus, the underlying issues around lack of collections and poor revenue management still need to be addressed.

Issues around technical competence, political interference and a significant lack of staff (in some cases, vacancy rates are as high as 50%) need to be addressed before South Africa can truly benefit from the untapped potential of a robust, secure power supply.

“In some cases, you have assets worth millions being managed by an electrician,” says Bipath. “And while these individuals are no doubt skilled, when it comes to the implementation of a smart grid system, there is a gap between the available skills and understanding of the system.”

Traditional organisational structures need to be completely changed for smart grids to be effectively integrated into any power sector, not just in the case of South Africa. As Bipath says, “the smart grid journey can’t have a siloed functional mentality.

” As the smart grid is inherently IT led with systems engineering and project management crucial for success, it is also very clear that many South African municipalities – particularly those in rural areas – do not have the necessary skills available at a local level.

While local vertically integrated utility Eskom has many of the skills required for the application of smart grid technology across transmission systems and some distribution systems, in the context of the South African market they have limited distribution responsibility; therefore the skills needed to enable visibility across the distribution sector in many parts of the country are lacking.

Municipalities battle with the facilitation of revenue management and collection and they need to enable the value chain to work across both the customer and technology side of their mandate. This can be done, as results from some of the pilot cases show – losses have been reduced to 6% from 23% initially through the implementation of smart metering.

“Smart meters are not the panacea to all evils. Other things can also have a positive influence,” continues Bipath. “Proper management of the cost of supply and customer segmentation, for instance, can make a profound difference. In some cases, it’s the basic things that need to be done correctly.”

“Utility managers are running blind, with no visibility and control of the grid,” Bipath believes. He is positive, however, that this is a clear opportunity for technology and engineering to solve the problem together.
“AMI alone won’t solve your revenue problems. You need a strategic methodology aligned to your aspiration, the costs of supply, tariff and customer segmentation, and data clean up and alignment to be in place,” cautions Bipath.

The basis of any smart metering programme encompasses good governance, people, processes and technology. It must be customer and staff-centric.

“Smart meters can be a gateway to more proactive engagement with customers. Bringing them into the decision-making loop is vital,’ says Bipath. “And to assume that people in rural areas are not tech savvy is to make a mistake! South Africa has over 50 million smart phones in service, so consumers will adapt to the technology fairly quickly.”
In most cases savings from electricity losses would make up for the initial cost of the metering infrastructure. Says Bipath: “Bypass is easily detected, overcoming the current lack of visibility around potential tampering. The quicker a smart metering programme is rolled out, the quicker you start collecting revenue.”

Bipath admits that in the short to medium terms it appears that the majority of the benefit accrues to a utility when a smart metering programme is implemented. However, he firmly believes that by being able to successfully, and granularly, manage load the South African economy would not have suffered as badly in 2008, when load shedding was a daily occurrence across the entire country. Smart metering across most of the country could have helped manage load shedding by offering load limiting options.

Bipath calls the smart meter a “built-in sensor at the customer level.” He uses the example of sensors in vehicles that make drivers more aware of maintenance requirements or potential failures in the vehicles. Just as on board computers in cars give drivers real-time asset status, “we should be seeing smart meters as a similar service across our electricity grid.”

While IT has not traditionally been part of the core utility business, digitisation of the system would lead to a need for increased convergence between IT professionals and OT operators – creating the visibility and control sorely needed on the grid – and with the added benefit of creating much-needed jobs in South Africa.

“The economic spin-offs of the introduction of smart utility technology are huge!” MI

The South African National Energy Development Institute (SANEDI) is a Schedule 3A state owned entity. The main function of SANEDI is to direct, monitor and conduct applied energy research and development, demonstration and deployment as well as to undertake specific measures to promote the uptake of green energy and energy efficiency in South Africa.