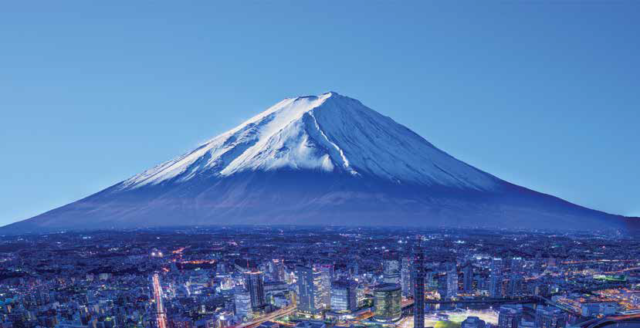 A semi-governmental organisation established in 1980, NEDO was created for the development and introduction of new energy technologies, following the two oil crises in Japan in the 1970s. Earlier this year, the Power Grid Electrical Storage working group of the GSGF, of which Makoto Watanabe is chair, published a report on electrical storage which determined the possibilities of battery storage in the electrical grid as viable on a global scale.

When asked how he expects the role of new energy technologies, such as battery storage, to evolve in Japan’s liberalising market, Watanabe says that battery technology is still a nascent technology in the Japanese energy market, but anticipates that this will change as renewables regain strength in the market. He regards battery storage as a viable option to compensate for load fluctuations for renewable integration and a key facilitator in load levelling and reliability/ quality improvement.

He adds that supportive government policy, such as subsidy payouts for battery storage through the Ministry of Economy, Trade and Industry (METI) and its FIT programme, offers very generous feed-in tariffs (FIT) for renewable energy generation and will serve to accelerate adoption.

The report explains that grid constraints will curb future installations. Challenges of land acquisition and securing financing for projects will also curtail demand for solar PV in 2017 and beyond, said BNEF.

Accompanying Watanabe in the interview was Yuichiro Shimura, a member of the energy storage work group from JSCA and a consultant for the Mitsubishi research Institute. He adds that the cost of battery storage in Japan is still too high to warrant a leap in technology adoption by homeowners and commercial business.

He adds: “Batteries are not the only means by which utilities can integrate new sources of energy – tap changers and SVC (static var compensators) are the popular alternatives for distribution voltage control. However, should the cost of battery systems decrease, they will become a lot more prevalent.”

Apart from battery storage, the METI has also rolled out a US$779 million scheme incentivising the use of energy efficient technologies such as lighting, efficient boiler technology and distributed energy storage, targeting factories and small businesses.

Telecommunications providers are also expected to influence the technology and services consumers use in their homes and businesses. Electric state-utility TEPCO has partnered with telecommunications provider SoftBank, allowing TEPCO to extend its service area beyond Tokyo and bundle its services now that the full liberalisation of the retail electricity sales market has occurred.

Shimura says that historically Japanese utilities have invested in information and communication infrastructure like fibre optics, which has laid the foundation for next generation networks such as 4G and 5G. Utilities traditionally built and operated these networks, said Shimura, but approximately 5-10 years ago, telecommunications companies began to take ownership of these networks and are now beginning to expand into the electricity market.

Telecommunications companies such SoftBank and gas providers in Japan are set to take advantage of the market liberalisation. With over 250 new entrants into the market listed for registration on 1 April, former electricity monopolies will need to innovate to retain their customer base.

According to Watanabe, the less familiar concept of switching is evident in the 1% switching rate amongst residential consumers.

He concludes by saying: “Only time will tell whether customers will embrace the practice of switching and leverage the deregulated market to benefit from competitive prices and services.” MI