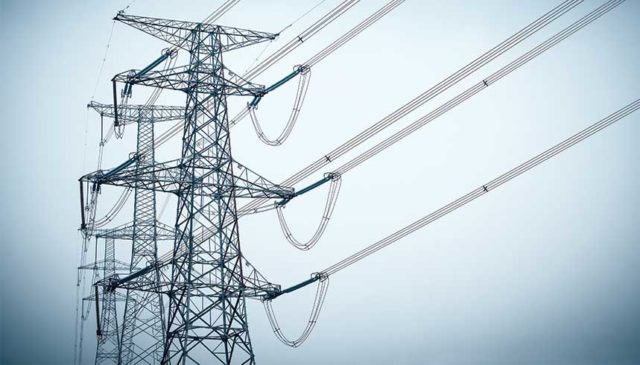 In Germany, evolving energy policies and changing consumer preferences are leading to a fundamental shift in grid operations. Distributed energy resources (DER), including renewable energies, lie at the centre of this transition and are driving countries like Germany to explore integration solutions that can mitigate the associated disruptive effects.

The development of smart grid infrastructure is critical for countries attempting to manage the transition to a decentralised and digital grid. In Germany, evolving energy policies and changing consumer preferences are leading to this fundamental shift in grid operations. Distributed energy resources (DER), including renewable energies, lie at the centre of this transition and are driving countries like Germany to explore integration solutions that can mitigate the associated disruptive effects. Deploying advanced metering infrastructure can be seen as the first step in this process, as it provides German energy producers and consumers with the requisite information for balancing the energy supply system while also establishing a secure communications platform for current and future smart grid technologies.

While Germany has made remarkable strides in its pursuits of renewable power generation, the country has fallen behind some of its Western European counterparts in the deployment of smart grid technologies, most notably smart meters. Up until now, Germany has been largely hesitant to install high volumes of smart meters, wary of the costs, technical challenges, and a host of data security concerns. After years of intense debate, the tides are now beginning to turn with the passage of the Digitisation of the Energy Turnaround Act in July 2016. This legislation establishes guidelines for Germany’s initial minimalistic smart meter rollout set to begin in 2017 and lays the groundwork for a new phase in Energiewende, the country’s ultimate energy transition.

Driven by Energiewende, Germany has been progressively shifting its energy mix away from centralised generation and aims to fill 80% of its energy demand with renewables like solar and wind by 2050. This fundamental restructuring of the energy supply system can lead to a number of integration challenges – including voltage instability, bidirectional power, power quality, capacity constraints, over-utilisation (damage to existing asset base), and load levelling/peak shifting. Deploying smart meters can help mitigate these issues by establishing a secure communications network over which information on energy production and consumption can be shared. This dissemination of information can provide further visibility into the energy supply system and enables grid operators more flexibility in reacting to current grid conditions. This enhanced flexibility and visibility is a core element of effective DER integration and is central to Germany’s planned smart meter rollout.

While Germany’s energy regulators have been hesitant to pursue substantive smart meter projects, their reluctance has not been unfounded. In the summer of 2013, the German Ministry for Economics contracted EY (formerly Ernst & Young) to perform a cost-benefit analysis of a nationwide smart meter rollout. This analysis was performed as a function of the EU Directive 2009/72/EC, which stipulates that contingent upon a positive economic assessment, member nations must pursue 80% smart meter penetration by 2020. EY concluded that pursuing EU smart metering targets would result in a negative cost-benefit ratio and would be economically unreasonable for the majority of German consumers. These findings were not exclusive to Germany; six other member states (Belgium, Czech Republic, Latvia, Lithuania, Portugal, and Slovakia) also calculated negative or inconclusive assessments from the full deployment scenario. This analysis was ultimately used to justify Germany’s abandonment of the EU Directive in lieu of a personalised, staggered, and limited smart meter deployment strategy.

Now, two years after the conclusion of EY economic assessment, energy regulators are looking to kick-start the German smart meter market by passing the Digitisation of the Energy Turnaround Act. Under the umbrella of this legislation, the Smart Meters Operation Act defines the roles of project stakeholders and outlines the rollout specifications. This project breaks away from traditional rollout strategies and will result in a more limited and staggered deployment schedule in line with EY recommendations.

Rollout specifications and what it means for grid operation

Starting in 2017, large consumers with average annual consumption in excess of 10,000 kWh will be required to install smart meters. This threshold will be lowered to 6,000 kWh in 2020, which applies to approximately 15% of electricity consumers. With over 50 million metering endpoints nationwide, this will result in the installation of around 7.5 million smart meters across Germany. The majority of German households will remain unaffected, given average consumption hovers around 3,500 kWh. The grace period between 2017 and 2020 will allow grid operators and third parties to learn from early adopters and mitigate any issues realised during the initial large consumer rollout.

The role of operating and installing these smart metering systems lies with Germany’s grid operators, though the legislation allows for outsourcing of responsibilities to thirdparty service providers. For households in which smart meters are not required, utilities will still maintain the option to supply this technology to its customers with a cost price cap of €40 per year. While the overall programme is set to last until 2032, some types of consumers and operators will be required to finish before the end of 2024. While these specifications help define the extent of the smart meter rollout, careful attention must be paid to what this rollout will look like, and how the issue of data security is being addressed.

Data protection concerns are of the utmost importance for German regulators and energy consumers. To help address these concerns, a set of protectionary guidelines was drafted as part of this Act and covers consumer engagement as well as data collection, management, and transmission. For consumers, importance was placed on transparent monitoring, the right to object to or correct user data, and autonomous tariff selection. Regarding data collection, meter reading intervals are limited to protect user habit exposure. Data management regulations call for in situ data processing and temporal limits on smart meter data storage. Lastly, data transmission is protected through encrypting and limiting the extent of data transfer to minimal parties, while also prohibiting the use of this data for commercial purposes without explicit consumer consent. These guidelines are some of the strictest in the world and positions Germany as a leader in smart grid data security practices moving forward.

Germany’s path to smart metering has been long and arduous. While some have criticised Germany for dragging its feet on the issue, this conservative approach has resulted in a uniquely tailored rollout strategy that should avoid the economic pitfalls experienced by some early adopters. As Germany continues to pursue a decentralised energy supply system, the need for smart metering systems is increasingly vital and will position the country well for future smart grid pursuits.

Michael Kelly is a research associate with Navigant Research, contributing to the Utility Transformations programme, with experience in renewable energy research and analysis.

Prior to joining Navigant Research, Kelly worked as a research analyst at Energy Acuity, where he researched renewable energy projects and transmission planning dockets. In this role, he also contributed to the development of annual reports on solar and wind markets and analysed public planning documentation. Kelly holds an MS in geography and environmental services, with a focus on geospatial analysis, from the University of Colorado Denver, and a BA in environmental studies from the University of Colorado Boulder. 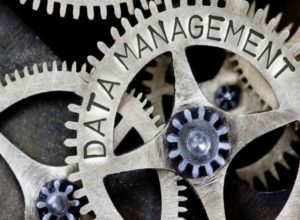