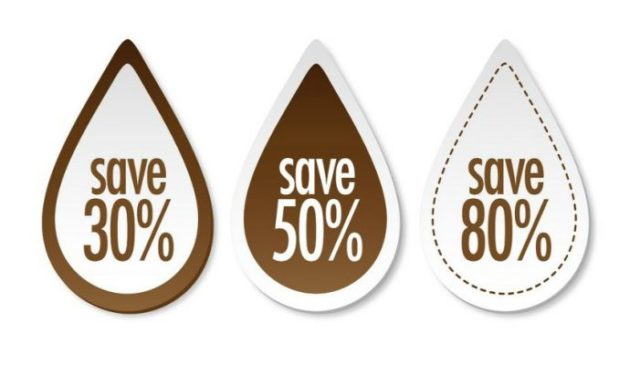 As the global urban population continues to rise as a result of increases in rural to urban migration, water scarcity is one of the main challenge facing governments, cities and utility companies.

Navigant Research predicts more than 5 billion people will live in cities by 2030 and thus the adoption of smart water meters to ensure water security and sustainable management of water resources is becoming a concern and driver for regulatory authorities and utilities.

In a study analysing the global smart meters market, ABI Research predicts the smart water meter base will reach 1.2 billion by 2022, overtaking smart gas and electric meters in number of units installed. A significant number of cities in developed economies have, over the past five years, engaged in the rollout of smart water meters to address water shortages due to droughts and as part of ongoing smart city initiatives.

The US state of California is one of the leading regions, with cities installing smart water meters to help consumers improve management of water consumption through access to real-time usage data. Pleasanton City is deploying some 22,000 smart water meters in a $7 million initiative whilst the East Valley Water District invested $2 million with Equaries Waterworks of Torrance for the supply and installation of smart meters over a period of five years.

A report issued by the California State Water Resources Control Board in November 2017 highlights a 11% increase in water savings during the month compared to the same period in 2013.

Between October 2017 and November 2017, the state improved its water efficiency by 8.5% and statewide per capita water use averaged 84.1 gallons per day.

Government policy and efforts by water distribution companies to ensure accurate meter reading and consumer billing, a reduction in non-revenue expenses and recovery of billions lost to non-revenue water will drive the growth of the market.

The rollout of low power wide area network (LPWAN) technologies and both cellular and non-cellular connectivity solutions, especially in Europe and Asia, will further enable water utilities to incorporate smart metering into their organisational workflows.

Research companies and market analysts tend to agree on factors impacting trends within the market. However, there have been discrepancies regarding regional penetration of smart water meters.

Some companies predict Europe will hold a lion’s share of the smart water meters market by 2018, overtaking North America which has dominated the market since 2016 – with others predicting that Europe will rather will be the fastest growing market. In Europe alone, smart water metering is expected to generate a cumulative investment of $7.8 billion by 2020.

Americas will continue dominating the market owing to strict government policies, the evolution of smart cities and acceptance of fixed network metering systems.

Delays in EU and governments’ driven smart meter initiatives in Europe will restrict the smart water meter market in the region from reaching its full growth potential, the research company argues.

Due to the drought which has hit Cape Town city over the past three years, the city council has reduced the daily average water ration per user to 50 litres a day and city-wide consumption to 450 million litres a day.

Mayor Patricia de Lille, City of Cape Town, said: “We can no longer ask people to stop wasting water. We must force them.” Water rates for households using above average have been increased. For instance, using above 6,000 litres of water per month will increase a household’s water costs from R28.44 to R145.98.

The findings of a survey conducted by Research and Markets supports predictions that North America will dominate the market through to the 2020s.

The survey included 340 water utilities, the majority of whom say they have completed or have an interest in investing in smart infrastructure including automated and advanced metering systems, a development that is expected to drive growth in the region’s smart water meters market.

In Australia, the use of smart water meters is expected to increase in major cities following a successful rollout of an NB-IoT network by the country’s largest telecommunications company Telstra.

“This will save millions of dollars in manual water meter reading costs. More importantly, though, it will save many millions of litres of precious drinking water by identifying leakage as and when it happens.” Major cities such as Sydney and Melbourne are expected to record an increase in population by three million each by the mid-2050s resulting in increased demand for resources, hence the need for smart meter technologies to improve management of water consumption and resources.

Utility companies and governments in developing economies have shown interest in newer metering technologies as they seek measures to curb increasing bad debt and upgrade water infrastructure in line with international standards.

Governments in the Asia Pacific region, the Middle East and Africa have drafted and enacted policies supporting smart meter adoption.

Smart meter solution companies have been signing agreements to pilot metering technologies with utility companies; however, a lack of adequate financial support from governments in developing countries is expected to negatively impact on the adoption of smart water meters in these regions.

It has been predicted that there will be a 3.5% growth in smart meter adoption between 2016 and 2022 in the Asia-Pacific as strong private sector investment will help increase the pace of smart meter penetration in the region. Telecommunication companies in key developed countries in the AsiaPacific are also expected to offer smart water metering services.

Countries with the most activity will include Japan and Australia. Indonesia, Singapore and the Philippines and Vietnam are emerging markets.

In its embryonic stage, the smart water meters market in Africa has recorded significant positive changes. Many parts of Africa have over the past decade been experiencing unstable rainfall patterns resulting in insufficient water supply.

Utilities’ non-revenues are very high compared to other regions.

In Zimbabwe, the country’s water authority ZINWA has lost more than $140 million to bad debt. This has pushed the Zimbabwean government, through the Ministry of Environment, Water and Climate Change, to pass a decree ordering ZINWA to install smart prepaid water meters for municipal customers.

Oppah Muchinguri Kashiri, minister of Environment, Water and Climate, said: “Both local authorities and residents will need to use what they can afford…”

Following the decree, the Harare City Council adopted the Smart Water Meters By-Law to guide its adoption and use of smart water meters. The law stipulates that the smart meters will be installed free of charge to consumers and will remain the property of the city council who will be responsible for maintenance.

In Ghana, the Ministry of Water and Sanitation signed a Memorandum of Understanding with Kamstrup for the provision of some 500,000 smart water meters and related systems under efforts to reduce non-revenue water. Ghana’s nonrevenue water currently stands at 50% of all treated water. Kamstrup will partner with Scanvision in implementing the project. The decision to install smart water meters follows a successful pilot which comprised 40,000 intelligent meters. MI