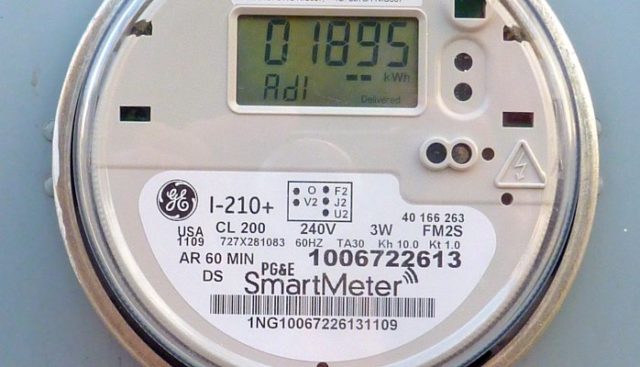 The smart metering industry is maturing. In 2016, utilities will invest $14.3 billion in smart meters for electricity and gas, pushing the total installed globally to 700 million. Though over half of them are in China, the rest of the world will install over 52 million meters this year alone – a 58% increase from 2015. As the technology cements its place within the utility sector, three trends have taken shape.

The regional make-up of investment is shifting

North America, once the leading market for investment in smart meters, has not held the top spot since 2013. Policy support has led China and then Europe to overtake the once booming North American market. This shift in where investments are being made will continue. In a rush to meet national and EU targets, European utilities will install 182 million smart meters over 2016–20, amounting to $37.8 billion of investment. Likewise in Japan, 55 million meters, costing $16.6 billion, will be installed from 2016 through 2020 (see Fig.1).

The story is not confined to developed markets. Utilities in emerging economies are exploring the use of smart meters for applications ranging from grid reliability to theft detection. The trials and errors in early-mover markets such as North America and Australia have demonstrated the importance of fully understanding the use case before investments are made. By learning early lessons and benefiting from the technology cost reductions that have ensued, utilities can make a strong economic case for deploying smart meters to improve billing accuracy, reduce theft and mitigate line losses.

As a result, over the past year we have seen announcements in new and unexpected places: a 2,000-customer pilot in Nigeria; a 216,000-meter project in Serbia; and an ambitious project connecting one million meters over cellular networks in Uzbekistan. Non-OECD deployments outside of China are growing rapidly, up from an expected 8.6 million meters in 2016 to almost 21 million in 2020. This will accelerate in the next decade as activity ramps up in large Asian markets such as India and the Philippines.

Metering data is more integrated and has growing application

The convergence between smart metering and distribution automation has long been under way. North American utilities have successfully integrated AMI data with other operational technologies such as outage and distribution management systems. Of the 11 largest smart metering projects, seven use meter data for outage management, six for theft detection and four for asset management – and almost all the rest are in the process of doing the same or planning to. While these applications are par for the course in North American projects and becoming so globally, integration of AMI with more advanced smart-grid technologies is more gradual.

Volt/VAR optimisation and state estimation are two wellknown examples where the volume and geographic dispersion of AMI data can greatly enhance the performance of the service. So far, these applications have been pursued by just a few utilities and almost entirely within North America. But the growth of distributed, small-scale solar suggests this approach is becoming more widespread. Bloomberg New Energy Finance expects 271GW of small-scale solar capacity globally by 2020. Distribution operators in regions with the most growth will suffer increasing voltage and stability issues. With widespread smart meter investment already planned in many of the markets most likely to experience the effects, the case for integrating AMI and volt/VAR is compelling.

Meter vendors are in the midst of these developments, offering products and services that maximise the use of both smart-meter data and the networks they operate on. Several have acquired start-ups that specialise in these areas (see Table 1). In other cases the technology is developed in-house or offered through partnership with a third-party – most do a combination of all three.

AMI does not just support the grid; utilities are using smart meters to reach further into the home. The availability of metering data has enabled utilities to offer large numbers of customer services such as load disaggregation, rapidly. The market is highly competitive with a plethora of start-ups offering their own approach to customer insight and energy management, but meter vendors are bringing these services in-house. Itron’s newest OpenWay meters have in-built load disaggregation functionality – no thirdparty required. They also support load control and demand response, as do products offered by the likes of Landis+Gyr and Silver Spring Networks. Vendors are hoping that as the value of customer flexibility increases, they will be positioned to benefit. Whether utilities opt for these integrated products or prefer third-party services remains to be seen.

The days of implementing smart meters solely to reduce truck rolls while hoping for some end-user energy savings are long gone. Regulators require, and utilities should expect, multiple use cases and benefits.

A push into managed services

Utilities have gradually outsourced many of the data functions of smart metering projects to vendors. Data collection, management and archiving are often performed by meter suppliers or other third parties. This service model is extending to other aspects of metering projects: network operation, meter management and asset ownership can now be procured as a service for a recurring fee. This allows utilities the flexibility to choose the appropriate level of operational involvement and asset ownership based on their regulatory environment and strategic preferences. For vendors this smoothens the typically lumpy revenues from smart metering projects and helps unlock the municipal and cooperative market segment.

Although many have installed smart meters, the penetration is lower than amongst investor-owned utilities. Partly this is an issue of scale – publicly owned utilities tend to be small, which increases their costs per endpoint and limits their ability to finance large capital projects. A service-based model allows smaller utilities to finance smart metering through on-going operational expenditure rather than up-front capital investments. This applies equally well to small distribution operators in countries such as Austria and Germany, or any other market. While this development is positive, we do not expect the opportunity to be large at present. Despite their numbering over 1,700, US electric cooperatives, municipals and other, publicly owned, entities] only account for 20% of customers. In Europe, small distribution utilities represent a slither of the overall market.

One notable exception is Germany, which has 48 million electricity customers and almost 900 distribution operators. However, Germany is a laggard on smart metering, with weak policy support and one of the lowest penetration rates in Europe, and we do not expect widespread investment until the mid-2020s.

Meanwhile, regulators in several markets are pursuing beneficial changes to the treatment of capital and operational investments. In New York, Italy and the UK, regulators have allowed utilities to earn a return on a portion of operational expenditure, removing an implicit barrier to opex in traditional cost-toserve regulation. If these changes prove effective and are implemented more widely, investor-owned utilities may be encouraged to procure smart meters this way. However the real beneficiaries would be services, such as cloud-based software and data hosting, that are only purchased as an operational expense. The opportunity to earn a return would boost utility investment in these applications.

In parallel with these developments, three distinct strategies have emerged amongst the major players. The pure play metering vendors, such as Elster, Itron and Landis+Gyr, have expanded their products and services to include the full spectrum of AMI applications and outsourced services. An alternative strategy is to specialise in a core technology and expand its applicability. Silver Spring Networks has implemented this approach and is betting that smart-city projects will be an important component of future growth. Finally, some companies are focused on managed services and system integration. One example is Ericsson, which offers full project management but is technologyagnostic and integrates products from multiple vendors.

The three strategies reflect opportunities that have developed as the market has matured. In separate ways, all attempt to diversify from the lumpy revenue cycle of large-scale metering projects. It is too early to assess how effectively they will achieve that goal. But with the market expected to reach $21.4 billion by 2020, there is still plenty of business selling meters. MI

ABOUT THE AUTHOR:
James is an Associate at Bloomberg New Energy Finance within the Energy Smart Technologies team, where he leads analysis of digital energy globally.

James’ research areas include smart grid and metering, demand response, home energy management and
utility retail strategy. He has written extensively about topics, such as the interplay of telecoms and smart grid, network regulation, and utility business models and downstream services.