Metering & Smart Energy International spoke with Preston Roper, chief operating and marketing officer for eMotorWerks, a division of Italian utility ENEL, to understand the future of electric vehicles in the US and Europe.

He believes we will see more utility programmes to support EV adoption.

According to the Rocky Mountain Institute,having 2.9 million EVs on the road by 2022 could add over 11,000 gigawatt-hours of electricity demand to the world’s grids.

Utilities are under pressure to meet this demand without building new fossil fuel generation plants. As utilities often work on 25-year planning horizons, forward-thinking power suppliers will likely get into the deployment of charging infrastructure.

Deployments and customer rebates from energy providers in the US and Europe for smart-grid charging systems will allow them to remotely manage and aggregate the charging loads of EVs over time, limit the need for additional fossil fuel plants and optimise renewable energy when it is abundant on the grid.

Roper predicts that more utilities will leverage EVs as grid assets. Thousands of EVs charging at the same time hold the potential to either cripple the reliability of local utility grids or prove to be a windfall in electricity sales. It all depends on the willingness of these organisations to embrace new technologies that allow them to aggregate charging load over the course of a day, while still making sure cars are charged up when their drivers need them. As noted above,these solutions can provide a variety of services beyond grid balancing, such as optimising charging loads for times of the day when demand is low, renewables are abundant, or prices are at their lowest.

Additionally, some software can also allow drivers or charging equipment providers to be rewarded for allowing their systems to act as virtual power plants and bid into demand response programmes. Forward thinking utilities are expected to roll out this smart grid charging technology in 2018 and leverage it to avoid unnecessary grid infrastructure upgrades to meet EV charging demand, reduce their dependence on peaking plants,and enable vehicle-to-grid integration.

As most innovations go, the electrification of consumer cars is going to unsettle existing business models built around internal combustion engine (ICE) vehicles, and it is anticipated there will be a shift in service and dealership business models. With fewer parts and lower maintenance requirements,EVs are expected to reduce demand for part supplies and mechanics. “We can even expect dealerships, which bank on service as are curring revenue generator, to begin to make adjustments to their business models in the face of the pending EV boom,” says Roper.

Several countries have set targets to ban ICE (internal combustion engine) vehicles in favour of electric ones – including Norway by 2025, India and China by 2030, and the UK and France by 2040. California is also contemplating something similar as a way to meet its greenhouse gas emissions goals. Democratic Assembly member Phil Ting recently proposed a bill that would require all new passenger vehicles sold in the state to be battery-electric or hydrogen fuel cell cars. Considering that nine other states have announced their intention to follow California’s lead on vehicle emission regulations, such an announcement could have sweeping implications for the United States automobile industry. In 2018 and beyond, expect these bold goals to be backed up with implementation plans – and Roper warns we should keep an eye on California.

As a part of the $14.7 billion settlement reached by Volkswagen and the United

States government, Volkswagen plans to infuse $2 billion into the nation’s zero emission vehicle infrastructure over the next 10 years. In total, 44 states from Ohio to Texas, North Carolina to California are currently contemplating how to use the Volkswagen “Dieselgate” windfall to reduce emissions in their communities.

Comments Roper: “It is expected we will see announcements in 2018 on their plans.

Also, expect to see California firm up how it will spend its $800 million portion for the 2,000 to 3,000 non-proprietary chargers Volkswagen plans to install across over 400 individual stations in the state.”

The Enel company is focused on serving the US, Canadian and European markets such as Germany France, the UK, Italy, and Spain.

China, of course, is still very much the country leading the EV charge. Not only do they have incentive programmes that are consistently being updated, but their electric fleets of buses and trucks are also steadily being used in major cities and supported by government-purchased or supported charging infrastructure.

“Alongside China, you have Norway and Sweden who are seeing year-on-year EV growth as well as electrifying city fleets much like China. Lastly, there is an increase in market share from the US. More US manufacturers are releasing EV models,and the Tesla Semi has also been a buzzed about item, despite not yet being released,but if the US leads the charge on the semi front,it could be huge for US dominance of e-trucking.”

The current challenge isn’t necessarily growth related. With 2.9 million EVs expected on the road by 2022 this increase could add over 11,000 gigawatt-hours of electricity demand to the world’s grids and this is a significant consideration. There is growth in EV adoption; however, this needs to be supported by growth in technology that shifts load and lessens the future burden of grid demand. Installation and permitting costs are expensive, so local subsidies and streamlining of installation codes will assist in reducing the expense of installations. Dealers still, however,in many cases are not all well versed on their EV fleet options and don’t have enough qualified salespeople on staff.

Factors driving the uptake of EVs

State Federal incentives are of course key in encouraging people to go electric. Additionally,word is spreading from EV drivers to ICE drivers about how much better the driving experience is for EVs, the lower costs for fuel and maintenance, and how range anxiety isn’t as scary as they thought, since most drivers actually cover only 30-40 miles per day on average. We’re also seeing more manufacturers releasing EV models, with some even vowing to eventually go all-electric, which continues to give consumers confidence in the space.

In September of last year, Intersolar was held in Dubai and focused heavily on the regional leadership that Dubai is showing when it comes to EV adoption throughout the UAE.

Dubai has a goal of 15% carbon reduction by 2020 and EVs are a large part of that goal.

Another large opportunity that comes to mind for Latin America, Africa and the Middle East is solar. There’s obviously a lot of sun in desert and rural regions, alongside countries below the equator. These renewables can be integrated for EV charging which can alleviate grid demand.

What does the future hold?

“After the Enel Group purchased eMotorWerks in late 2017 we have started joint expansion into the EU and will soon follow into other geos already broadly covered by Enel, such as southern Europe and South America,”according to Roper. The company has around 60 million customers worldwide, and many of them will purchase EVs and require EV charging infrastructure, as well as smart-grid control of charging – assisting both the driver via lower costs and rewards and their respective utility by minimising energy procurement costs and grid infrastructure upgrade requirements, while also integrating more renewables into the overall energy mix. 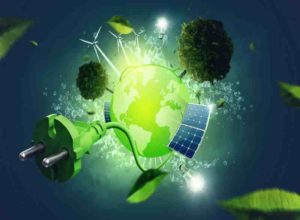