The Government of India is keen to adopt Machine-to-Machine (M2M) communications and therefore released an M2M roadmap on 12 May, 2015 to foster large scale deployment. India is a strong advocate of IPv6 and compliance to IPv6 is mandatory in today’s scenario.

The Government is in the process of connecting 250,000 gram panchayats* on an optical fibre network for E-Governance, E-Learning, E-Health etc. In November 2014, two new schemes were launched, namely the Integrated Power Development Scheme (IPDS) and Deen Dayal Upadhyaya Gram Jyoti Yojana (DDUGJY) which, apart from other objectives, envisage the extension of NOFN to 33KV and above substations for providing a backbone network for smart grid applications.

The first attempt to inject communications into the power sector was the implementation of Automated Meter Reading (AMR) by distribution companies (DISCOMs) and SCADA/EMS by transmission companies (TRANSCOs). Now, many DISCOMs are also in the process of commissioning SCADA/DMS and many have already done so.

Smart grid communications come under the purview of M2M communications wherein machines/devices/sensors communicate amongst themselves and also with the control centre/server for fulfilling the envisaged purpose.

How far we have come

AMI penetration in Africa: a comparison with global progress

Working together to ensure services during coronavirus crisis 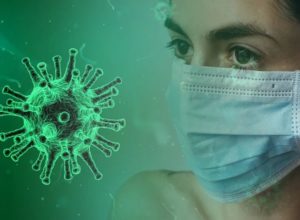