A quick Google search of the ‘Internet of Things’, or IoT, returns over 100 million hits. Not unlike the term ‘smart grid’, IoT means different things to different people. For Mid-Carolina Electric Cooperative (MCEC), an electric distribution utility serving approximately 56,000 metered customers in central South Carolina, IoT means interacting with its members regarding their energy usage in an entirely new way.

MCEC’s foray into IoT began with its decision to install advanced meter infrastructure (AMI) in 2003. MCEC also ran fibre optic cabling to all its substations and its district office, in Irmo, in a self-healing ring. MCEC created its own set of tables for both hourly and daily readings. This enabled the creation of a meter data management (MDM) system before the acronym gained popularity. By 2005, MCEC was capturing approximately 47,000 daily meter readings.

It is one thing to capture and store massive quantities of data, but the value is in what can be done with it. Right out of the shoot MCEC created two automated processes that yielded significant returns on investment. The first was a transformer loading programme that enabled dispatchers to quickly determine the correct sizing for transformers based on a chart of the highest hourly usages over a multi-year period, for all meters connected to that transformer, or bank of transformers. It worked so well that MCEC decided to run the analysis for all transformers twice every year. In 2007, South Carolina had one of the worst heat waves in its history, yet only two transformers blew due to overloading. Prior to the new loading programme, about 20 transformers blew every summer due to overloading.

The second automated process that MCEC initiated was for transfer of the service orders. Before the AMI deployment, service orders for read-in and read-out (transfer of service) were not only completed manually, but trucks had to be sent out to get the meter reading. That reading was the last reading for the out-going customer and the first reading for the in-coming customer. The member service representative (MSR) had to pull up both orders and close them manually. A new auto-close function eliminated the truck rolls and having to have an MSR manually close both orders. This process became fully automated as a result of the availability of the daily midnight readings in the meter data management system.

Furthermore, MCEC’s AMI deployment eliminated the estimated billing processes it had in place. The utility could for the first time directly match monthly usage to the monthly power bill from Central Electric Cooperative (power generation and processes that yielded significant returns on investment. The first was a transformer loading programme that enabled dispatchers to quickly determine the correct sizing for transformers based on a chart of the highest hourly usages over a multi-year period, for all meters connected to that transformer, or bank of transformers. It worked so well that MCEC decided to run the analysis for all transformers twice every year. In 2007, South Carolina had one of the worst heat waves in its history, yet only two transformers blew due to overloading. Prior to the new loading programme, about 20 transformers blew every summer due to overloading.

In 2008, the first cost of service study was conducted following the full deployment of advanced meter infrastructure. MCEC’s rate consultants were almost giddy at the prospect of having hourly data and being able to ‘slice and dice’ it for coincidental and non-coincidental peaks, type of structure, days of the week, seasons of the year, and many other variations that were dreamed up.

MCEC created a daily usage graph, interspersed with daily high and low-temperature data and printed it on the back of each consumer billing statement. This together with other tools placed into the hands of MCEC’s member service representative afforded access to hourly usage patterns for resolving high bill complaints. Revenue adjustments for over and under billings were significantly decreased – almost eliminated. MCEC also created an online bill pay and e-statement service which allowed customers to electronically receive their statements and make direct debit or credit card payments.

Up until two years ago, MCEC was using a legacy customer information system (CIS) that was installed in-house in 1985. As with most in-house legacy platforms, MCEC’s CIS platform was highly customised and very efficient. However, it was a siloed system and the IT team had to jump through a number of hoops to keep it running and integrated with the changing ways of doing business. In 2015, MCEC made the decision to replace the legacy CIS with a new customer care and billing solution from the National Information Solutions Cooperative (NISC). The utility also had two other major projects under way. The first was the creation of a new company, CarolinaConnect: a cooperative that will be providing high speed internet access to underserved consumers in MCEC’s service territory. The second was the move to Time of Use (TOU) rates for all residential and small commercial rates.

The new rate had been in effect for four months when MCEC went live with NISC’s CC&B platform. The utility had just gotten a handle on member-related questions and complaints when the conversion took place. MCEC shut down its legacy electronic bill payment and presentment (EBPP) system in favour of NISC’s SmartHub offering for its members. SmartHub is an app which members download and use to see bill statements, pay bills, get notifications and see usage patterns. The cooperative also migrated to a fully transparent billing statement which detailed all charges. MCEC is also mobilising its workforce with connected iPads and planning to implement a pre-payment service for its members. The utility has effectively extended its intranet outside its walls and into the public domain. These and other planned digital improvements continue to benefit its customers and push up operational gains. However, the potential for security and privacy breaches are not being ignored.

The more connected MCEC becomes, the more opportunities are created for hackers and other bad actors to exploit its members and its systems. The utility is considering the many different characteristic elements of IoT, such as big data, distributed energy resources and skilled human resources, that will enable it to harness the benefits of digital transformation while mitigating security and other business risk factors associated with this transition. The establishment of MCEC’s new company Carolina Connect, means that it will be almost fully dependent on continuous communication.

Questions pertaining to the masses of data generated from meter points and other grid-tied devices, such as: “How long will data be kept? What kinds of analytical tools will be needed to effectively look for patterns? Will machine-learning be a relevant factor?” are considerations that MCEC is in the process of answering.

Other factors being considered pertain to the creation of additional rate structures which may require more data which will need to be stored and accessed. Moreover, while MCEC will be creating these systems and data stores in order to facilitate its business, it does not want to lose sight of the fact that its members will need access to some or all of this data for their own analytical tools. Whether supplied by MCEC itself or third parties, members will want the ability to analyse their own usage patterns and integrate them with other tool sets for ‘smart home’ processes.

Furthermore – how the utility integrates distributed energy resources (DER) and microgrids, compliance with renewable energy mandates and recruitment of qualified ‘digitally minded’ professionals are also factors that need to be taken into account. These and many other questions will have to be addressed and answered as MCEC continues to expand its capabilities.

The future is here. IoT is here. And it’s not going away anytime soon. MI

Keith Sturkie joined Mid-Carolina Electric Cooperative (MCEC) in 2002. For 25 years prior to that he was both
an employee and entrepreneur providing business application software to electric cooperatives. During
this time Keith specialized in consumer information systems (CIS) as well as financial, engineering, outage
management, meter reading, work management and various other business applications in the electric
cooperative space.

How the energy industry can better protect itself from cyberattacks 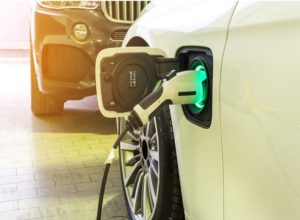 Insight-driven decisions are required to operate digital energy grids – and...