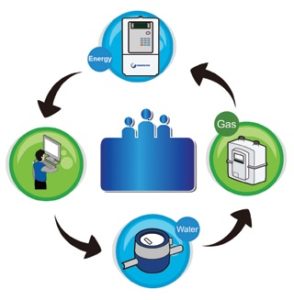 The concept of ‘Internet Plus’ – referring to the integration of the IT industry with traditional industries – shows how this new resource triggers the infusion of the old and the new.

Through new-generation information, technologies such as AMI could improve the user experience and build an ecosystem that features information sharing, convenience and efficiency.

In the report on the work of the Chinese government in 2015, Premier Li Keqiang says that China will draw up an “Internet Plus” action plan to propel forward the mobile Internet, cloud computing, big data, the Internet of Things and modern manufacturing. ‘Plus’ in this case refers to ‘accelerated speed’. The integration of the Internet and traditional industries could add fuel to enterprises’ economic growth and thus speed up transformation and innovation.

Obviously, the Internet Plus initiative will open up a wealth of business opportunities, but what kind of influence the so-called Internet Plus era will have on smart grid and smart metering and how utilities should prepare for it, is a question worth asking.

In my opinion, the Internet era will bring at least two big changes to companies:

The first is the basic way in which businesses work. It’s the only choice as more and more manufacturers transform to put the customer at the centre of their business – often referred to as the customer-to-business model. Before this, many companies paid lip service to the adage that ‘the customer comes first’, but have never lived up to it. But now with the Internet, especially the mobile Internet, the shift from product-centred to customer centred is finally becoming a reality. In the past few years, some meter companies that…