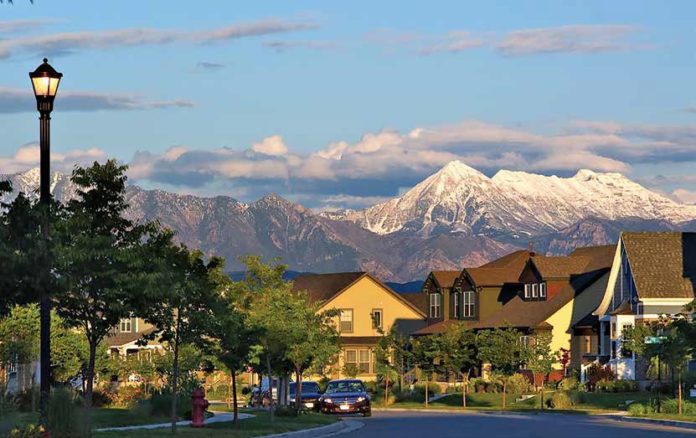 The development of the 16km2 Daybreak community could potentially double the size of the population in South Jordan over the next 18-20 years. South Jordan has been one of the fastest growing communities in the US for a number of years, reporting growth figures of 5.7% in 2015. With commercial properties, homes and schools, Daybreak already has three elementary schools within its boundaries and provides homes for 13,000 residents.

Other cities within the region have teams of three to four meter readers for a similar population and it has become clear that due to the rapid growth within the area, a single meter reader will not be able to continue to perform the meter reading function efficiently. Currently, reading the existing meter base takes up to 15 days a month and is putting pressure on reviewing the information and delivering the bills in good time.

The alternative to hiring additional staff was to move from the current drive-by system to a fixed network platform which would enable remote meter reading – reducing the process of meter reading from 15 days to a single day.

South Jordan chose Itron’s ChoiceConnect fixed network system, as it provides a number of benefits to the city, including the ability to proactively drive water conservation – being situated in a high desert area, resource management is always a high priority. As the City’s water department was reaching the end of life cycle for much of its existing equipment, it made sense to facilitate the changeover at this point, thereby making South Jordan the first town in Utah to install this type of system.

The project calls for the replacement of 19,000 end points. Installation of the collectors and repeaters was contracted out and these were placed on poles on public areas owned by City of South Jordan.

The end points transmit consumption, interval data and meter tamper data to a network of collectors, which backhaul the meter data to the fixed network collection engine. Because it uses existing infrastructure for backhaul communications and low-cost neighbourhood repeaters it is also one of the lowest cost networks available.

Conservation is a big driver for the City. Snow fall is responsible for most of the city’s water, with the region seeing an average of 86cm of snow per annum. Combined with 41cm of rain – about half the annual average in similar areas of the US – and it is clear there is significant pressure on managing water usage. Thus, the system is set up to generate alerts automatically if there has been continual water usage for a period of 24 hours. The system can, additionally, send alarms to alert utility staff of unauthorised usage on unoccupied properties.

In addition to considerations around the cost of hiring additional staff and the associated expense to the company such as insurance, water, vehicles and equipment costs, computers etc, the new system provides considerable additional benefit such as eliminating the need for re-reading of meters, or final reads when customers are moving home. This makes moving a lot simpler and has resulted in a significant improvement in customer service.

Trouble shooting and bill enquiries will be dealt with through a customer portal, which will also allow customers to track water usage and address any queries. The provision of detailed information also means that utility service staff can go through bills with consumers and identify when the usage in question occurred and provide a comprehensive overview of usage.

No pain, no gain

According to Schreiber, the hardest part of the changeover has been making GIS/ parcel ID/meter number changes and entering these into the billing software.

Additionally, there is the issue of getting to grips with the vast amounts of data now available. In a very short space of time, meter readings have gone from 19,000 per month to hourly reads per meter point, 365 days a year. The next step is to start utilising the information available to the City and take full advantage of the analytics at their disposal.

This will give the City a chance to identify how, when, where and how often water is being used, across various types of customers. Schreiber believes that having a faster way to read the meters can only improve the level of customer service they are able to offer.

The City of South Jordan will be implementing a customer web portal which will allow customers real-time or near real-time access to their usage data. They believe that this will have a significant impact on usage and conservation efforts in the area. The portal is anticipated to be live within the next 12 months. MI