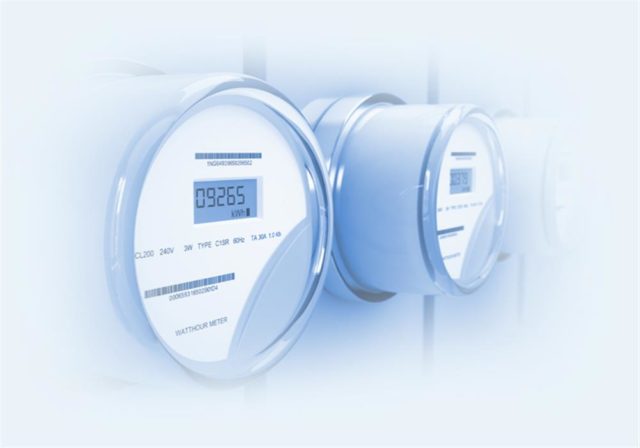 Her Majesty’s Government smart metering programme for Great Britain is destined to give all those who are mandated to mount the horse a very rough ride. Each person or company expecting to ride this beast had better be prepared for it.

Meter manufacturers, in their rush to get first mover advantage and fulfil contract obligations, will need to produce and prove designs is a great hurry. On the face of it, this should be easy; after all this is what meter manufacturers do for a living. Reality will bite once systems integration issues with HAN and WAN communications, protocol nuances, key distribution problems etc. begin to show up. With three agencies, albeit co-ordinated by the Data & Communications Company (DCC), all faced with many manufacturers nearly all at the same time, it will be a bumpy ride to success and scale. They can expect rocketing costs as they pay DCC for the privilege of having their meters certified as fit for use. Not to mention stop – start deliveries against contracts as they improve products on the fly.

Meter installers too will find their life hard. For starters they install four items: an electric meter, a gas meter, a communications hub and an in-home display (IHD) in every home. Establishing radio communications between four devices in every customer’s home, by itself, is not trivial. Add to it the complexity of having to deal with three different agencies for WAN communications and commissioning and you have the recipe for a long install time and an expensive installation. The ride to a smooth install process will be a very bumpy one with a number of process changes, which will be needed to be effectively understood by thousands of technicians in vans, before it becomes efficient.

Energy suppliers, responsible for providing smart meters to their customers, will have the hardest time of all. First of all they have the critical decision to make – are the IT processes delivered by DCC robust enough to really begin a mass scale rollout? If they get this judgment wrong, they will have some very upset customers, a situation every supplier will want to avoid like the plague.

This writer predicts that the route to this decision is paved with problems. Each supplier, each meter manufacturer and each communications provider will appear different to the DCC (in theory they should not, but anyone who knows protocol standards will understand) and each will demand their bits get sorted out more or less at the same time. Nearly all suppliers begin with very limited skills in metering, so one can expect a lot of finger pointing and damages claims between suppliers, meter manufacturers and the three DCC constituent contractors. Of course, while all this is happening, the supplier has to keep their revenues from legacy meters flowing and will bear the cost of running two systems. How long this pain lasts depends on how quickly the transition can be made. 2020 says the Government. At least 2022, says common sense.

DCC is really only a contracting agency and as they have contracted out various bits, they have contracted the service they would provide. Today, they expect ‘Initial Live Operation’ (ILO) by end 2015. As Compos Mentis reported in an earlier piece, this date is already impossible to meet. Rollout will only start once suppliers make the decision that the service is Robust Enough to Sustain a Rollout (RESR). Between ILO and RESR will be many months, change notes and changeassociated costs. It will take someone braver than Compos Mentis to predict these. It will only take common sense to recognise reality and reset the ambitious timescales.

Ofgem, the energy regulator, will have a hard ride on this one too. At present it is probably happy that the programme was taken away from its hands by the Government. But it is bound to have its hands full with customer complaints and settling the consequences of the major cost and time escalations from this programme. The least it can do today, is to make a realistic assessment of the status of the programme and alter the licence conditions of the suppliers to reflect reality.

And last, but not least, what of the energy user for whose benefit this programme was launched? Many users can expect lengthy and failed installations and more than one installation visit. They can expect to receive an IHD, which most will find an interesting toy for the first couple of weeks and then it will be promptly misplaced. They can also expect the unwelcome consequence of bigger energy bills, much bigger than most imagine.

A programme as complex as this smart meter rollout needed a programme management team of the type a Heathrow Terminal 5 or London Olympics 2012 had. What it has got so far is a complex web of committees that have set out regulations which will bind the industry for the next 15 or 20 years in an expensive, almost National Health Service like, IT program. Committees that believe that their work is good enough to place a moratorium on innovation for the next twenty years in the area of equipment installed in every home.

So where will this leave the Government and the Programme Delivery Body tasked with ensuring a smooth rollout with full user engagement? Definitely not in a very happy place. Unless, of course, the next election in May 2015 finds a Secretary of State of a different colour in office. That will, at least for starters, allow the old political game of blame it on-the-previous-government to be played with some legitimacy. But then the stark reality of the complex task of unravelling this expensive mess will dawn. Can the position be retrieved without even more costs? There is an easy way, visible for all to see today: energy supplier led early phase installations, nearly a million of them, all working well and serving customers cost effectively at a cost energy suppliers can afford. MI This column is to create a forum for ideas, passions and perspectives on our industry that are controversial, provocative and energising. The views expressed here may be unpopular, politically incorrect, heretical or simply humorous. They may be ideas that all of us have had but didn’t care (or dare) to articulate. The opinions expressed are those of the author alone, but are probably shared by many who have yet to say so. ROUGH RIDE AHEAD FOR GB SMART METERING PROGRAMME By Compos Mentis

ABOUT THE AUTHOR: Compos Mentis is Latin for “a sound mind.” This is the chosen pseudonym of a prominent European expert with more than 20 years of direct experience in metering, AMI and smart grid applications worldwide. The cloak of anonymity allows him to insightfully ”pop the balloons” of conventional utility industry thinking. If you would like to comment on this Viewpoint, please write to the author at cm@smart-energy.com