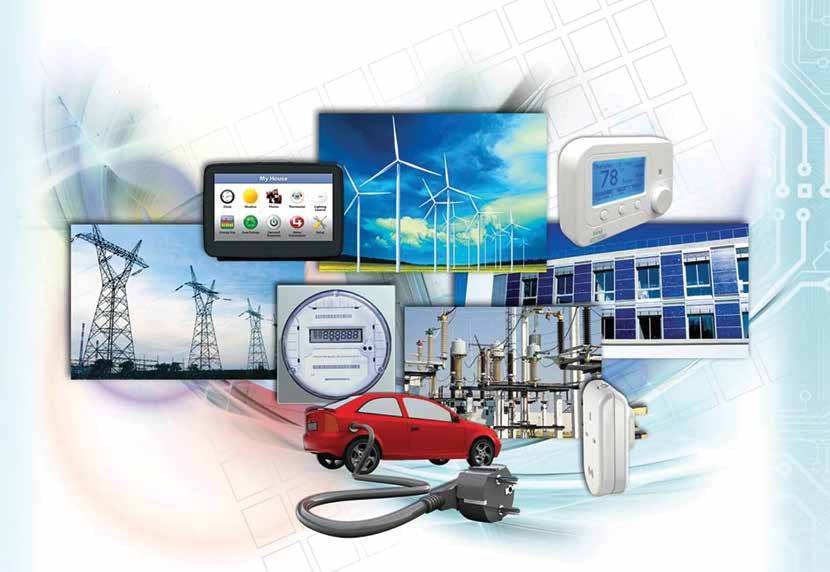 Metering and Smart Energy International spoke with Sharon Allen from the Smart Grid Interoperability Panel earlier this month about the activity thus far in the year and the launch of the SGIP grid management working group.

“The SGIP has been very productive during the first half of 2016,” says Sharon Allen, president and CEO of the organisation.

“Our focus hasn’t changed,” she says. “What we’ve been doing for the first half of the year is launch our grid management working group, which is a utility-only group. It’s focussed on the increasing penetration of distributed energy resources and their impacts across systems.”

Launched in February 2016, there have already been a number of face to face meetings with a variety of utilities.

In addition, SGIP has officially launched the Orange Button programme. “We held Metering and Smart Energy International spoke with Sharon Allen from the Smart Grid Interoperability Panel earlier this month about the activity thus far in the year and the launch of the SGIP grid management working group. an official kick-off meeting and face to face in San Francisco on 14 and 15 July,” Allen reports.

The Orange Button Programme is quite extensive and SGIP has put five working groups in place to progress the focus of the programme, focussed on driving down the cost of solar, analysing and identifying past costs and importantly, understanding how data transactions need to work in this area.

“On the financial side, we’ve got different banking and financial institutions working on determining the kind of data they need to assess risk and help them offer better finance terms on solar projects. We’ve got grid integration, dealing with data needs that could be more standardised and common for grid interconnection. We’ve got an O&M group working on assessing the performance of solar systems, getting us to a point where we have a standardised way of recording the capacity of the system, as there are currently no standard approaches today from many of the distributed systems.

“Then there’s deployment and considerations for what the data needs are; and last but not least, real estate. And when you think of real estate you might say, ‘Well gosh, what does real estate have to do with this?’”

Allen continues: “We have various programmes where rooftop solar might be on a residential house and yet, it might not be owned by the owners of that house. If someone wants to sell the house and you start looking at the value of homes, you need to know if that solar is actually owned by the person and when you buy the house, if the solar comes with it or whether there’s a lease.”

The next six months will see extensive work as the five teams come up with other common data needs and what the semantics are around those data needs. By the end of 2016, they will deliver a requirements document that will be handed off to another awardee of Orange Button, who will go into the detail design and hand it off to other awardees who will do the development.

“That’s where we kind of stand right now on Orange Button. It’s a great programme in that with our other focus items within SGIP – when you start talking about distributed solar obviously that touches on some of the other work we’re doing around distributed energy resources.

“So there are a lot of synergies between the Orange Button programme and some of the existing work that the organisation is doing. We’re excited to be part of this programme.

The development of five committees has been intentional due to varying needs across the working groups. Financial institutions need to know capacity and how many megawatts of solar a unit can produce. The O&M group may want to know capacity to determine how well equipment is performing. Yet, different groups may need to know the same information and at some stage, there will be a rationalisation to ensure a somewhat standardised approach to the data.

“However, the approach we’re taking now is each group is going to start and they’re going to have interlocking meetings as the groups begin to flesh it out, so that we can see where the common elements are and then we’ll have to rationalise that across the grids.”

Allen also talks about the Open FNB programme initiated last year. “We have also continued in our efforts on Open FNB. Later this year we should have a developer’s website up and running where various manufacturers can actually go to the site and get the spec and sample code to help them with developing.”

SGIP will have another set of demonstrations at their annual meeting in November, with the group working on additional use cases with Open FNB, focusing around energy management, distributed energy resource optimisation and the management of the point of common coupling or “that point where the micro grid or the distributed resource actually connects to the grid.”

In addition to the developer’s website which SGIP hopes to launch before their annual meeting, the organisation has progressed to the point where next steps include examining how SGIP can enable different development organisations to understand the framework that they have put together with Open FNB and to be able to build upon it.

The developer’s website will help people to understand the architecture, the framework and how they can put things together to actually work with their devices. MI

What is Open FNB?

When we look at our devices that exist out in the field – and when I talk about devices I’m talking about reclosers, switches, sensors, convertors and meters – most of them have grown in number over the years; and many of the protocols in the way that they communicate, the information exchange between devices, are set up in a master-slave way. Open FNB is a reference architecture in framework for distributing information in control, leveraging standards that are common internet standards to separate data between field devices. Instead of having a master-slave environment, it enables devices in the field to actually communicate with each other without having to go back to a central device. “Imagine an RTU device that might go back to a SCADA system and then extract information over to a DERM system that might then send information back out to an inverter. We’re looking at a way that we could begin to distribute some of the information in algorithms, such that you wouldn’t have to pull data all the way back to the enterprise. That way you could have devices that could talk to other devices in the field.” The purpose is to try and shorten the communication time between devices and relieve the amount of data that has to go back to the utility for decisions to be made and ‘empower’ the devices on the edge of the grid. The key thing is – it reduces latency and that becomes important as there are more distributed energy resources and solar and micro grids connected on the distribution grid. “We no longer have the central power inertia that syncs the grid.” When there are devices that can island and pop in or pop out, the networks must remain connected and thus latency becomes very important. By pulling data all the way back up to head and servers, latency becomes more problematic. The other important element is enabling peer to peer communication, as it will ensure utilities do not remain locked into a central model. “As we can communicate more out to the edge we can begin to distribute some of the intelligence in algorithms closer to where the action is happening versus centralised up in a utility.”