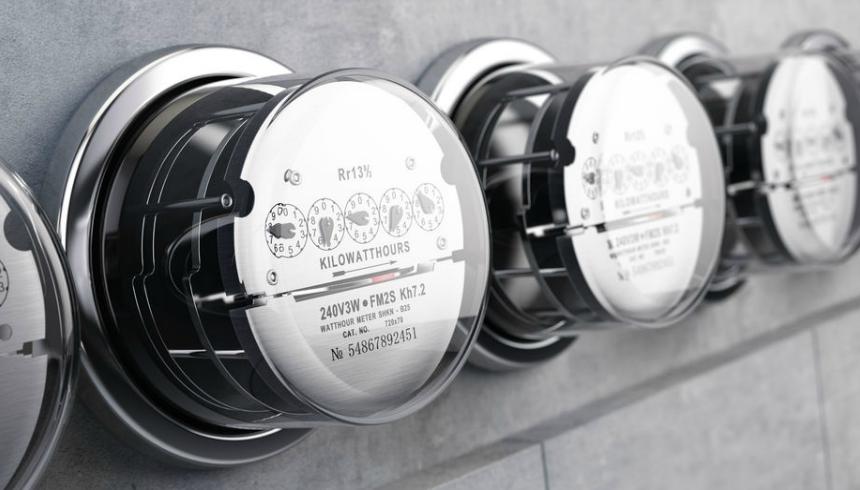 The adoption of smart gas meters in Europe is picking up speed. This year alone, the installed base of remotely read gas meters for consumers nearly doubled to 17.3 million units in EU28+2. The growth is mainly driven by nationwide rollouts in France, Italy, the Netherlands and the UK.

A variety of communication technologies are in use for the rollouts, including fixed RF networks, mobile networks and local interfaces to master electricity meters.

As next generation IoT-optimized 4G/5G mobile technologies become more widely available, it is expected that there will be a shift from legacy RF platforms to emerging standards like NB-IoT.

Italy was the first European country where smart gas meter installations began on a large scale. The national Regulatory Authority for Electricity, Gas and Water has set a target that 60% of residential gas meters and 100% of industrial gas meters should be smart by 2018 and full coverage by 2020.

The policy is based on a cost benefit analysis which concluded that there would be an economic benefit for gas DSOs with 50,000 customers or more to introduce smart meters for a total of 22 million customers. As a result, deployments started to take off in Italy during 2014.

At the end of 2016, the top players Italgas and 2i Rete Gas each had more than 1 million smart meters deployed. Italgas, which is investing €600 million in the rollout, upgraded 0.8 million metering points in the first half of 2017, taking the total installed base to 2 million units.

The Italian DSOs primarily use RF 169 MHz networks for connecting smart gas meters, with 2G cellular as a complement for around 30% of the metering points. The European Investment Bank (EIB) has contributed with nearly €600 million in loans to support the rollout.

France was another early mover, where the formal decision to go ahead with a nationwide rollout was taken in 2013.

GrDF subsequently launched the Gazpar project with the goal to upgrade 11 million metering points up to 2022.

The Gazpar meters feature integrated RF 169 MHx radios for wireless communication with data collection equipment. According to GrDF, the project with a cost of approximately €1.3 billion will be profitable with a mere 1.5% saving in energy consumption. After selecting Atos as the leading system architect for the project in late 2013, GrDF announced the selection of meter and communications vendors in early 2014. The greater part of the €600 million contract was split between Sagemcom/AEM, Itron and Dresser/Sappel.

Other vendors selected for the project also include Elster, Gazfio, Kerlink and New Zealand-based Metrix. An initial batch of 160,000 meters were deployed in 2016, with mass installations starting in May 2017.

In the UK and the Netherlands, smart meters are being introduced simultaneously in the electricity and gas sectors. Both countries have developed similar technical solutions where the electricity meter acts as a master communications gateway for the gas meter. The Netherlands is using a Wireless M-Bus interface, while the UK opted for the ZigBee short-range radio standard.

The Dutch smart meter rollout has been going on for several years. The country’s three major regional DSOs – Alliander, Enexis and Stedin – are responsible for the installations of both electricity and gas meters.

The UK market has a more complex structure where metering is the responsibility of the retailers, rather than the network companies. If the customer buys electricity and gas from different suppliers, there will be two separate parties responsible for smart meter installations. To facilitate the rollout, the UK government has established a centralised entity called the DCC to provide a universal system for data and communications services for smart meters from all suppliers.

The launch of the DCC platform was however delayed on multiple occasions, until late 2016 when the system finally went live. In the second half of 2017, installations of smart electricity meters based on the SMETS2 specifications, which are fully compatible with the DCC system, got underway.

Delays in the deployment of smart electricity meters contributed to a slow start in the gas segment as well. Early installations began on a modest scale in 2013. By 2015, the yearly rate of installations was 0.5 million units and in the following year the volume increased to 1.3 million units.

During the first half of 2017, 0.8 million smart gas meters were deployed in the UK, taking the total installed base to 3.1 million units. More than 18 million traditional gas meters still need to be replaced before the rollout is complete.

During the course of the smart gas metering projects described above, a lot of progress has been made in the development of new highly efficient wireless network technologies specifically created for the Internet of Things. One of the key requirements on any communication solution for smart gas meters is the ability to operate in battery powered mode for at least 10 years.

When the first specifications for large-scale smart gas metering systems were drafted, the only technologies capable of meeting these demands were legacy radio platforms.

Today the situation is very different with multiple LPWA (low power wireless access) technologies aspiring for global leadership in the IoT space. Sigfox offers an ultra low cost platform for very short data messages, while Semtech and the members of the LoRa Alliance offer a more comprehensive networking platform suitable for battery powered devices. Finally, the 3GPP – the industry organisation responsible for developing the GSM-family of mobile communication standards – has created a new class of 4G/5G standards optimised for IoT. The first new standards LTE-M and NB-IoT are gradually being deployed on existing 4G network infrastructure by the leading mobile operators in Europe.

One key improvement compared to existing 2G/4G technologies is advanced power management features, which enable devices to go into passive mode during inactive periods. Another is improved indoor coverage. NB-IoT in particular is designed to support low data use-cases where devices like utility meters transmit small packets of data at regular intervals. MI

Tobias Ryberg is co-founder of the M2M/IoT analyst firm Berg Insight. Having covered the M2M/IoT sector for more than a decade, he is one of the most experienced analysts in the industry and author of numerous reports and publications covering the market. He is also recognised as a leading authority on the smart metering market globally. Mr Ryberg holds a degree from the School of Economics and Commercial Law at Gothenburg University, Sweden.