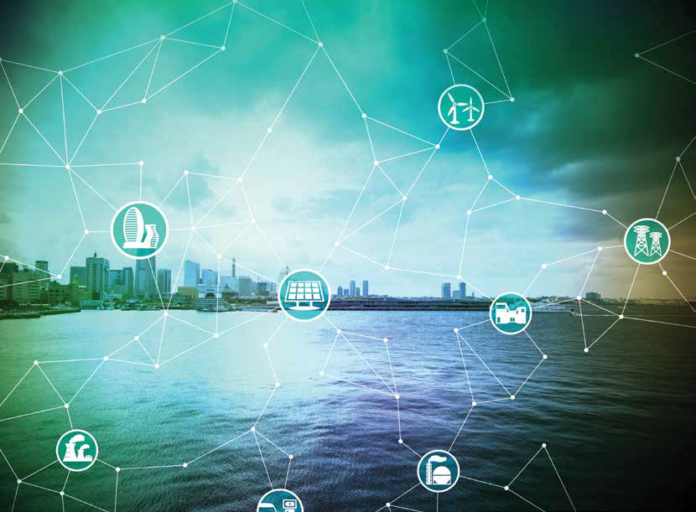 The Spanish technological platform of electrical grids FutuRed was created for the purpose of integrating all of the stakeholders involved in the electricity sector behind a set of common goals.

FutuRed brings together smart grid stakeholders; utilities, companies, universities, research institutions, organizations and public administration – with a total of 127 entities as members. This in order to define and promote strategies at national level to allow the realization of a more advanced power network – one capable of responding to the challenges of the future.

The organization was formed in October 2005 as a meeting point and common forum for dialogue to allow greater cooperation among its member organizations and bodies. The Spanish electrical grid platform was created to foster the technological evolution of the Spanish electricity transmission and distribution systems in order to promote technological leadership, sustainable development and the increased competitiveness needed for future growth and resilience.

The forum has since identified opportunities for collaboration, defined a shared vision, and is working toward a common position in relation to their target audiences (society, national and European Union). This involves a series of specific strategic goals that can be objectively verified, with clearly defined operational calendar milestones that can be translated into concrete deliverables in terms of content and deadline.

The key objectives include:

The primary strategies to achieve these objectives consist of saving and using energy rationally, via the most effective electrical systems, and taking greater advantage of domestic resources.

As a result, a key area for development within the Spanish power sector is the development of the smart grid in Spain.

The Spanish macroeconomic environment faces significant challenges. The complicated economic position of global markets, uncertainty in the countries of the Euro zone and challenges specific to the domestic sector are burdening the growth of the national economy.

In this difficult economic scenario, Spain is seeking solutions that increase competitiveness, create value and jobs and that will result in the development of Spain as a significant industry player in the smart grid sphere.

The development of smart grids in Spain will require an investment of €10,200 million over the next 10 years to generate intrinsic benefits of between 2 and 3.5 times the investment (€19,000 – 36,000 million). The deployment of smart grids will support the sustainable growth of the economy and promote global leadership of the Spanish technology sector as it facilitates the integration of new applications in the electrical system and improves overall system efficiency.

Undertaking and leading the transformation of the electric system with smart grids can improve the gross domestic product of Spain by between +0.20% and +0.35%, or between €2,300 and €3,800 million. This is due to factors such as developing of the Spanish technological and electrical sector, employment generation, reduced energy imports and increased productivity due to an improvement in the quality of supply.

The development of smart grids will generate between 40,000 and 50,000 jobs in Spain, of which 20,000 are predicted to be directly related to the sector and 20,000 – 30,000 indirectly related. Indirect jobs include high value-added activities such as the manufacture of electrical and communications equipment; assembly, field installation and subsequent maintenance; and the development of energy management companies.

Meanwhile, Spain’s energy dependence can be reduced by 5.3% by 2020, due to increased energy efficiency and efficiency of the electrical system, along with increased integration of renewable energy and electric vehicles. For the same reasons, CO2 emissions can be decreased by 3.7% by 2020.

Smart grids will additionally support the goal of a global leadership position for Spain in the technology sector.

Globally, and in the coming years, major investments are expected in smart grid technologies. Specifically, it is estimated that by 2020, investment in smart grids worldwide will be around €90,000 million. Spanish technology companies could capture a portion of this potential market (between €1,200 and 2,000 million per annum) in those areas favourable to the sale of Spanish products.

Spanish companies have proven to be a reference point in the management of power grids, with a cost efficiency more than double the European average and continuous improvement of service quality (improvement of 8% annually since 2006). The smart grid will allow Spanish companies to develop new business opportunities outside Spain and play an active role in the reconfiguration of the European and global energy sectors.

The smart grids will facilitate the effective integration of new applications and generate efficiencies for the electrical system. Specifically, the network will be more automated; distributed energy resources will be effectively integrated, increasing customer participation in the system; flexible management of distributed generation; and integration of new agents such as storage or electric vehicles will be accomplished.

These new applications could generate efficiencies and profits for the electricity system of between €1,100 and €1,800 million annually as a result of increased reliability and supply quality, greater efficiency of operation and maintenance of the system, more energy efficiency, optimized use and longer life of the assets, and a flattened demand curve.

Additionally, smart grids are a necessary condition for meeting the objectives of planned deployment of renewable energy by 2020 and the effective integration of other applications in the system, such as electric vehicles, which will contribute to a value of over €3,000 million annually and create more than 200,000 jobs.

In order to ensure the realisation of these benefits, it is necessary to align energy and industrial policy, strengthen incentives to develop smart grid applications and strengthen institutional support.

A proper energy policy must include an appropriate remuneration model to align investments and efforts with the benefits generated for each stakeholder, as well as mechanisms to encourage efficiency and reduce energy intensity.

Development incentives should encourage R&D in real conditions, consumer access to energy management systems via national funding programmes, and training in new technologies for future smart grid professionals in the sector at both universities and technical schools.