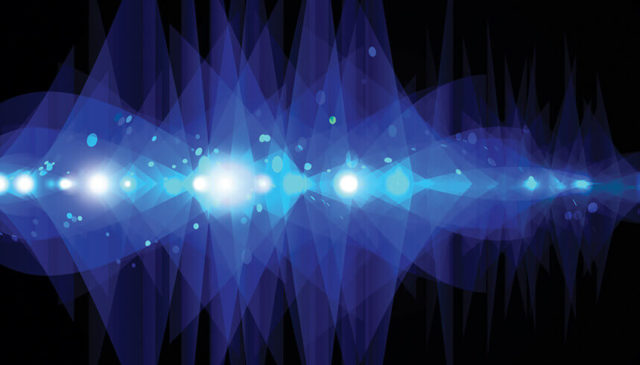 Dr Maximilian-Eckart Wernicke of Frost & Sullivan, Germany, explores the potential of energy harvesting to cut the operational and maintenance costs of smart meters and its use in Internet of Things applications.

A key element of a smart grid is the smart meter which continuously records the user’s consumption, thereby permitting accurate estimation and control of the smart grid’s behaviour.

Frost & Sullivan forecasts that 126 million smart meters (electricity, gas, water and heat meters) will be installed annually around the globe until 2024, mainly driven by supportive national regulations. Many of these will rely on disposable batteries as their sole source of power, as only electricity meters have the luxury of always having a grid connection nearby. Smart meters powered with a battery will need to be checked by utilities approximately every 5 years or so.

In such a routine check the technicians will almost always replace the battery even if its charge condition is still good. This is because a battery is relatively inexpensive while labour costs and travel expenses are a major cost factor in these check-ups.

New extended life lithium units are said to last up to 20 years, but so far long-term field tests have not been possible, as the first generation of smart meters have only been operational for 7-8 years.

The cost of a meter with a generator would be higher than that of a battery powered one. A cost benefit analysis would need to show whether there is a business case. And there could be one – thanks to the decreasing cost of energy harvesters and fewer maintenance requirements.

The term energy harvesting describes the transformation of energy from various naturally occurring or prevalent sources into electrical energy. This harnessed energy is stored for, or directly used in, numerous applications, most particularly electronics and electrical systems.

The permanent availability of (rechargeable) batteries has diminished the application of energy harvesters, but the advantage of utilising free and ambient energy sources still remain today.

Devices powered through energy harvesting are easier to install since they are wireless and require less maintenance as there are no battery replacements necessary. For the same reason energy harvesters could facilitate the wide-scale adoption of wireless sensor networks in industrial establishments.

Energy harvesting lowers the total cost of ownership and ensures long-term and autonomous monitoring systems that are easy to install and can power themselves from various ambient sources in order to reduce downtime and increase production efficiency.

By its nature, energy harvesting can be applied to a wide range of ambient energy sources – heat, light and sound – all of which can be utilised.

There is also a growing interest in multisource energy harvesting devices that can harness ambient energy from various sources on a single platform device. Which ambient energy would be captured to power a smart meter is difficult to project right now. Where a meter is installed indoors, for instance, small solar cells similar to those used on a calculator might not be an option.

Personally, I would expect thermoelectric generators that utilise temperature differences between the metered medium; e.g. gas or water and the ambient air.

As a result of time-consuming national specification processes and tendering procedures, technical progress in the meter industry tends to be relatively slow. Hence, we may not see self-powered smart meters before the end of the 2020s.

An important standard for this industry agreed on by the International Electrotechnical Commission in 2012 was the ISO/IEC 14543-3-10. It deals with wireless applications with ultra-low power consumption. A common standard for energy harvesting technologies will take some time – if it ever comes to a conclusion – because there are several new types of energy harvesting technologies under development for various types of applications.

Development in building technologies and industrial process control and monitoring will eventually have a spill-over effect onto smart metering infrastructures. In order to increase the intelligence of buildings, a considerable number of sensors and actuators are required. Many of those are to be installed in locations that do not feature power outlets and are difficult to access.

Applications that are powered from ambient energy sources and that make our cities smarter range from traffic and infrastructure monitoring sensors to smart lighting and flooring surfaces that capture kinetic energy from footsteps which can be used for powering traffic lights or to generate movement profiles of pedestrians.

Mega trends are transformative, global forces that define the future world with their far-reaching impacts on businesses, societies, economies, cultures, and personal lives. Of the 12 mega trends that Frost & Sullivan is continually tracking, five have been identified as having the most impact on the energy harvesting market.

Growing health consciousness, new mobility schemes, rising connectivity and convergence, more sustainable energy equations and the prevailing energy efficiency imperative increases the overall potential for energy harvesting solutions. All these mega trends lead to rapid growth in IT hardware and micro-scale electronics of which today most are powered through wires or rechargeable and disposable batteries.

In many situations, energy harvesting technologies will be complementary to battery storage solutions. However, in the longer term, energy harvesting will pose a direct challenge to the battery market. The realm of possibilities for energy harvesting solutions is enormous – they can be installed in almost any everyday object that requires electricity. As the product reaches technological maturity, there will be an increase in acquisitions, as larger conglomerates will seek to buy a place in the market. MI