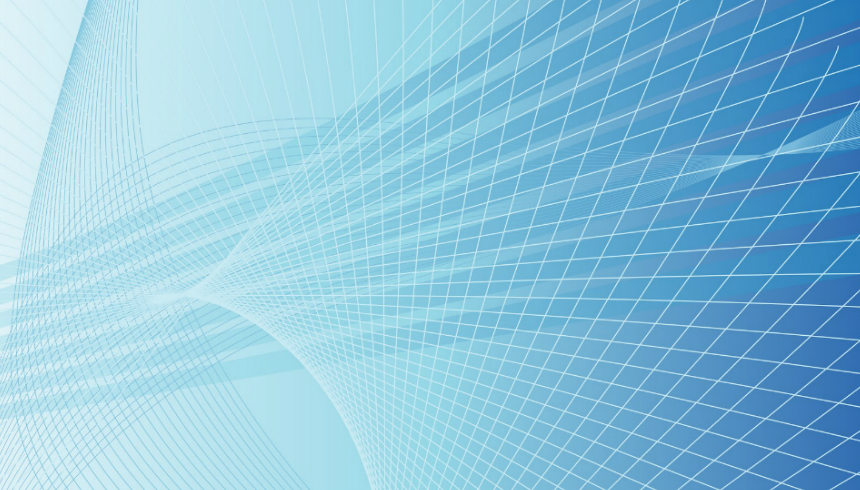 In Europe, we stand in the middle of an energy revolution. History tells us that this isn’t a safe place to be, not for the revolutionaries, but especially not for the ‘old guard’.

This article investigates the key characteristics necessary for a successful future energy company against a backdrop of substantially changing demands from customers, policymakers and new competitors.

Customers are used to receiving electricity as if by magic, without noticing the means of delivery (in terms of seeing infrastructure or the impact on their bank accounts). They want it to stay that way. But European governments plan a complete decarbonisation of the system by 2050. At the European level, the EU has an aspiration to reduce greenhouse gas emissions to 80-95% below 1990 levels by 2050.

Nationally, the UK has set a legally binding target to reduce greenhouse gas emissions by 80% by 2050, Germany has the target to reduce emissions by 80-95% by 2050 and Denmark has the target of becoming independent of fossil fuels by 2050. As an engineering challenge, the scale of change is huge, with heavy reliance on emerging technologies and on major IT projects. Lack of public acceptance of new infrastructure is proving a significant barrier, and without better engagement with customers this will not improve. The increased need for coordination is daunting: not just in investment planning, but also in operation. Generation is diversifying and shrinking in scale, and demand must respond to generation not just the other way around. But none of this is insurmountable.

Meanwhile, new actors are entering the energy sector, deploying a series of new technologies which allow them to understand and meet the needs of customers and small producers in ways which the existing companies have never done. The decentralised energy system is becoming a practical possibility.

Activity by consumers, network owners, system operators and in the wholesale markets must be effectively coordinated, and there will be new roles and interactions supported by distributed intelligence and automation. Conflicts will emerge over who has access to customers, who is in ultimate control, and who captures value and holds risk. Ultimately, it is not clear what services will be offered by which actor.

Is this really unprecedented? Similar scale transformations have been achieved in energy, but only in the context of centrally planned vertically integrated monopolies. We have the option to go back in that direction but it seems to be against the tide of history. In today’s market, conditions for large vertically integrated players have deteriorated, signalling a paradigm shift:

There are lessons from other industries. In telecoms, the invention of a range of mobile technologies forced a major change in the services which traditional players deliver. More recently there has been a second seismic shift with the introduction of smartphones, in many cases moving potential revenue away from network operators to the smartphone hardware providers themselves. Digital photography left its creator – Kodak – in Chapter 11 bankruptcy as they failed to ride the crest of the technological wave. Airbnb built a portfolio of 1 million rooms – which it doesn’t own – in 6 years, when it took the Hilton Group 100 years to achieve 700,000.

The emergence of a decentralised industry, with engaged customers and new remote data and control possibilities, has opened up an alternative future for the energy sector. Below, we set out a possible recipe for a future integrated energy company which retains its connection with its customers.

The five key characteristics of a future energy company

Any future portfolio will require access to (but not necessarily ownership of) a diverse portfolio spanning generation, demand and storage or other technologies that could deliver flexibility. Circumstances differ and not everyone needs the same portfolio of generation or the same types of customer.

It could be argued that existing energy companies don’t own assets, but that the assets own the companies. The traditional companies are led by asset managers and investors, not innovators or marketing teams; and the primary role of the retail business is one of risk and credit control and IT management.

In future, we might expect a more assetneutral approach to emerge. Ownership of generation has diversified; initially with a wave of independently-owned wind farms, and more recently as millions of consumers have invested in solar and (coming soon) batteries. The vertically integrated model has proved not to be an effective hedge against a market downturn or against the political risks which caused it.

As an example, Statkraft has built a successful business in Germany based on aggregating renewable generation plants from smaller developers, and offering trading and risk management services. They have over 9.5GW of wind and solar from more than 1,300 sites under contract, which dwarfs its small portfolio of hydro and gas generation in Germany. As a result, Statkraft is the largest direct selling company in Germany and one of the biggest traders in the German day-ahead and intraday markets, without owning any wind assets there. It is notable that their ‘asset-light’ approach is concentrated on trading and risk management, rather than a full focus on retail and the needs of household customers.

2 – Risk management, optimisation and trading are essential parts of the operation of a utility

Electricity is the world’s most volatile commodity. The true strength of traditional energy companies is their ability to invest in assets with a 20-40 year lifetime on the back of a series of short term contracts. The series of trading, risk management, optimisation and financial and collateral management tools which support this is world class. The complexity and volatility of the wholesale market is a barrier to entry for new players and existing energy companies will retain a competitive advantage over new players for some time to come.

The growth of renewables has increased price risk but has also brought volume risk to the fore; thermal plants now have real uncertainty over when and how much they will operate.

Moving forward, traders need to find means of packaging risk and managing complexity in ways that will continue to bring in capital for new projects. The new risks need new market instruments; for example energy options to manage volume risk and complement the markets for delivered energy.

3 – Control of ‘big data’ will give leverage

With the increased complexity of a decentralised system, the challenge of efficient operation will multiply. Efficient optimisation requires better data on the state of different devices, and more powerful tools to allow the data to be turned into intelligence and control. It is remarkable that the settlement timetable for domestic customers has barely changed since the time when urgency in data transfer meant using first class instead of second class postage.

The modernisation process has begun. Domestic smart metering is gathering pace; although it is rudimentary and far from universal, and does not yet support the 15 minute imbalance intervals proposed for Europe. There are beacons: Estonia has rolled out a centralised data hub which supports applications from third party developers; Eesti Energia now has over 35% of its customers facing hourly spot pass through tariffs. The full Internet of Things vision may be overkill for the energy system ;electricity costs for most applications are low and transaction costs are material in that context. However, it is clear that existing information gathering and monitoring tools in many parts of Europe are not yet fit for the decentralised future.

Additional value may be derived from the customer data itself, shedding light on consumer preferences and behavioural patterns and helping companies to build a better understanding of the needs and preferences of their customers. This in turn may open opportunities to bundle energy with other services. See characteristic 5 below.

Many customers now expect instant information and feedback via smartphone or internet. Customer service in most industries has moved away from call centres to sophisticated applications and internetbased solutions. Energy companies are adapting to this service model but there is still lots of room for improvement.

However, for the demand side to become truly active (changing consumption patterns in response to system conditions), users will not want continuous active involvement. Decentralised decision making must become automated, and the customers’ experience should not be affected.

For most domestic consumers, the potential saving even from very sophisticated decision making is low: typically households in Europe pay around €2/day for electricity in total, and the saving from optimal consumption patterns is a fraction of that. With (flexible) electric heating or vehicle charging the value increases (for example; to charge a 30kWh EV battery, the saving based on typical daynight tariffs in UK could be €5 or more per charge) but these decisions will still need to be automated if users are expected to take optimal decisions every day. This requires energy companies to offer excellent, userfriendly and robust automation tools which allow the users to retain control.

5 – Being close to the customer as their demands change

The needs of customers do not always align with the plans of vertically integrated energy companies. The most obvious conflict is over incentives for energy efficiency, which causes companies to produce and sell less of their basic product. This dilemma sheds light on how a truly customer-focused energy company might approach its customer offering.

Ultimately, most successful mass-market business models involve a combination of high-volume, low margin sales accompanied by opportunistic niche sales with higher value. To be sustainable, the higher value sales need to be based on predicting and meeting customer wishes. The bundling of services may be within the energy sector or extend beyond: e.g. cars or appliances with an energy supply agreement.

Taking the above characteristics, who in the energy sector has this combination of skills today? Arguably, no one. The existing energy companies excel at the first two (portfolio management and trading) – but how do they defend their businesses from left-field entrants already skilled in big data, user-friendly applications and automation tools? They must focus on their USPs whilst covering the gaps – and retain or build strong relationships with their customers whilst doing so.

If there is a single lesson for success, it would be that the consumer should be at the heart of the offering. Companies which focus on their own technologies and assets at the expense of their customers run a high risk of failure, especially in a fastchanging industry.

The energy industry is ripe for revolution towards a system which uses new technologies to put customers first. We have set out one possible recipe for a future energy company which retains its connection with customers. Other futures are available, including ones in which new companies take over the relationship with customers and force the energy companies to retreat upstream towards production and trading.

Utilities need to find new ways to engage with their customers to drive value propositions: through the combination of smart apps, appliances and Big Data capabilities. In short, we believe that focusing on the customer side of the business will not be an alternative business model – it will be the lead. MI