The smart electric meter market is evolving. While developed markets of North America and Western Europe continue to see a healthy spate of new deployments, there has also been an influx of second-generation upgrade projects.

Meanwhile, developing markets are finally advancing beyond the nascent stage, with an uptick in project announcements across Eastern Europe, Asia Pacific, Latin America and the Middle East.

In this article, we will discuss the state of the market and highlight some of the notable projects captured in Navigant Research’s Global AMI Tracker.

This article was originally published in Smart Energy International 3-2019. Read the full digimag here or subscribe to receive a print copy here.

North America and Western Europe have shown the highest level of development around smart metering. And while these markets are relatively mature from a global perspective, smart meter penetration across both regions hovers between 50 and 60%, leaving ample opportunity for market participants moving forward.

Since the last release of the Global AMI Tracker in 4Q 2018, the North American market has seen several new project announcements from larger utilities (e.g., Ameren Missouri, We Energies), as well as a handful of smaller utilities (Hancock-Wood Electric Cooperative). And while still early stage, the market for secondgeneration deployments is emerging across the US, including at Arizona Public Service, PPL Electric and Salt River Project.

This market is expected to show significant growth over the decade as first-generation deployments reach the end of their natural life cycles and better and cheaper technologies hit the market.

The industry has already seen significant technological advancements with the development of edge computing and the enablement of multiple communications pathways (e.g. Itron OpenWay Riva).

Looking forward, the proliferation of managed service offerings presents even further opportunity to lower the costs and risks associated with either first- or second-generation deployments.

The Western European market can be broken down across three levels of maturity. This landscape was spawned in 2009 following an EU Electricity Directive recommending the rollout of smart meters across member states. Contingent upon a positive cost-benefit analysis (CBA), member states are expected to supply 80% of their customers with smart meters by 2020.
At one level, countries like Italy and Spain skipped the CBA altogether and began deploying smart meters. While Spain concluded its smart meter rollout in 2017, Italy (Enel) is already working on its second-generation upgrade. Most EU member states fall into the second level: nations that calculated positive CBA scores and are undertaking large-scale rollouts in advance of the 2020 target.

This includes the United Kingdom, France, Netherlands, Austria, Denmark, and more, although there have been some major delays in the UK.
SSE, for instance, has recently been fined £700,000 for failing to install enough smart meters in 2018.

Finally, there are those member states that have historically stayed on the sidelines due to negative or inconclusive CBA results, including Belgium, Germany, and Portugal. This is no longer the case for several of these markets:

• In Portugal, Energias de Portugal (EDP) is now aiming to deploy 6 million smart meters by 2020.
• In Belgium, Eandis and Infrax are set to rollout 1.3 million NB-IoT enabled smart gas and electric meters by 2022.
• In Germany, large consumers with average annual consumption in excess of 10,000kWh will be required to install smart meters under the Digitisation of the Energy Turnaround Act. This threshold will be lowered to 6,000kWh in 2020, which applies to approximately 15% of electricity consumers.

Eastern Europe is showing new signs of life. The relative lack of development to date has largely been a product of financial considerations. Additionally, countries like Latvia and Lithuania are part of the EU member group that produced negative or inconclusive CBA results. Over the past two years, project activity has increased, with a number of notable deployments popping up across the region:

Several other Asian markets offer the promise of high smart meter growth, including the Philippines, Malaysia, Taiwan, and the Asia Pacific’s sleeping giant, India. The potential size of this regional market ultimately rests with India. While most public distribution companies are still in the pilot project stage, India’s Ministry of Power has set a target of 50 million smart meter installations by 2020. While this target is unlikely given the frequency of project delays and financial constraints, several multimillion-meter tenders have been issued in the past year.

Latin America has traditionally been an underdeveloped market, with only a select few countries pursuing meaningful deployments, most notably Brazil and Mexico. This is changing though, as the region has seen an uptick in project development in Argentina, Colombia, and Costa Rica. There has also been an increase in regulatory support, with a number of governments establishing forward-looking smart meter targets:

• In Colombia, some 11 million households will boast advanced metering infrastructure (AMI) systems by 2030 under plans announced by the Ministry of Mines and Energy.
• In Chile, there are plans to install 6.5 million smart meters by 2025, according to energy minister Susana Jiménez.

When taking a geographic perspective, new deployments continue to propagate across developed markets, while early adopters and innovators are already moving to more advanced technologies as part of upgrade projects. Across emerging markets, we are finally seeing the evolution of pilot scale projects into more commercial-scale rollouts.
From a technology perspective, the advancement of edge computing enables capabilities such as outage detection, active load and voltage control, active DR, and integration with DA devices such as FLISR and VVO. And from an economic perspective, the development of LPWA and managed services options are making smart meters more viable for today’s utilities, particularly in financially-constrained regions. As this market continues to evolve – across technologies and geographies – the stage is set for continued success across the space. 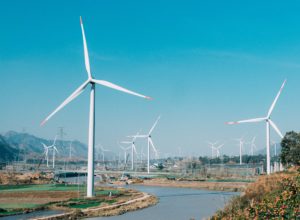