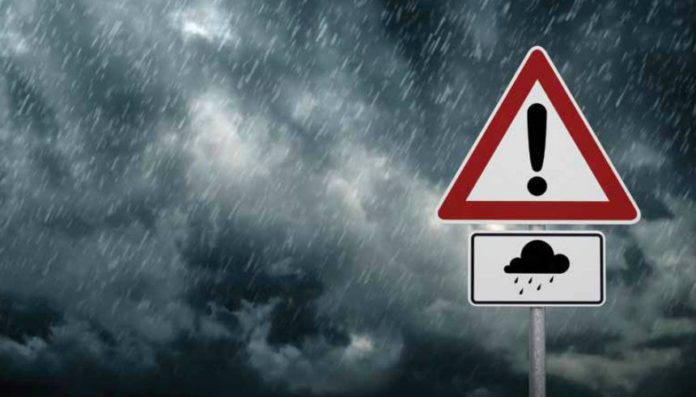 During a significant portion of my childhood, if you wanted to find me after school you needed to head down to Cypress Creek.

Cypress Creek runs through northern Harris County, the third largest county in the US, which includes Houston. I spent countless hours riding my dirt bike and hiking along the creek. Now and then it would flood.

Against our parents’ best wishes, my friends and I would head out on our bikes and ride through the flooded streets, careful to avoid the floating clumps of fire ants.

After Hurricane Harvey dumped record rainfalls on the area in late August, Cypress Creek rose to record levels, inundating adjacent neighbourhoods and backing up drainage systems in areas well outside of what people thought of as the floodplain. Waterways throughout the region did the same thing.

Just as Harvey was dissipating, Hurricane Irma swept across the Caribbean and southeastern US, bringing flooding and storm damage. The impacts of major disasters such as Harvey and Irma go well beyond the transient nature of flooded roadways and fallen tree branches.

Government officials and the media try to measure the lasting impacts in a variety of ways – loss of life, value of property destroyed, and number of families displaced.

But another reflection of a disaster’s extent is plummeting energy demand. The reduction in energy demand points toward the number of homes, businesses and vehicles destroyed – not to mention energy infrastructure damaged. It also highlights an opportunity for the region to become more energy efficient as it rebuilds.

The destruction of energy demand

When Harvey hit Houston, the energy capital of the world, some press coverage and analysis focused on the impacts the storm has had on the nation’s supply of gasoline, diesel and petrochemicals.

Refinery operations were disrupted along the Gulf Coast and gasoline prices increased throughout much of the US.

Of course these outages caused electricity consumption to drop. But electricity demand was not just impacted by outages.

Schools and businesses were closed for days. All these impacts translate into lower electricity use.

The combined effect of all these impacts, plus unseasonably cool weather brought to Houston by the storm, shows up clearly in the aggregate electricity demand for the region.

What’s also striking is that demand hasn’t recovered. The storm’s lasting damage, over a week after the storm, can be seen in the data. For the seven days, ending on 15 September 2017, electricity demand was still 9% below the same period in 2016. The temperature, as measured by cooling degree days, was almost the same during the 2017 and 2016 periods, so cooler temperatures don’t explain the difference.

An estimated 7 to 11% of multifamily housing units in Houston are uninhabitable, representing 45,000 to 72,000 homes.

Additionally, at least 30,000 houses were destroyed, with many more damaged. Some schools and businesses remain closed. While some of the electricity demand may have moved to the temporary locations that the displaced families and businesses are relying on, much of it is missing.

It’s unclear how quickly housing supply will recover and electricity demand will return, but it could take a while. In the case of New Orleans, which was decimated by Hurricane Katrina in 2005, electricity demand was still below pre-Katrina levels ten years later.

Nonetheless, disasters like this create opportunities. Houston and other disaster impacted communities could bounce back more energy efficient than before.

Households, businesses, landlords and others in the Houston area will be investing billions of dollars over the coming months and years to repair residential and commercial structures. Many flood-prone structures will also be demolished. Assuming the regional economy remains robust, the drop in housing supply could lead to a construction boom in the region.

What will energy use in Houston look like following all these renovations and construction? What actions should policymakers and businesses consider in anticipation of all this investment in the region?

The affected cities and counties should start by looking at their energy building codes.

Many economists support the use of building codes to induce an economically efficient level of investment in energy efficiency.

It’s difficult for home buyers and renters to observe the energy efficiency of a home, so the additional costs of making the home more energy efficient may not be priced in. Kevin Novan, Aaron Smith and Tianxia Zhou covered this subject in a 2017 working paper released by the E2e Project and well summarised in Meredith Fowlie’s blog. In the setting the authors examined, more stringent energy building codes led to more energy efficient homes being built.

Fortunately, energy building codes for singlefamily homes in Texas were strengthened in 2015 in House Bill 1736. This means the energy efficiency of new homes should exceed that of the destroyed homes.

The 2015 law prohibits most counties and cities in Texas from going beyond the state-wide code and adopting more stringent building codes. However, there is an exception. If a county is deemed by the US EPA to be a “nonattainment county”, which means it’s out of compliance with federal air quality standards, then the county can adopt stricter codes.

Harris County’s ozone pollution has put the county, along with the seven surrounding counties, perennially out of compliance with the federal standards. This means the counties can adopt stricter standards.

Now is a time for the Harris County Commissioners Court (the county’s governing body), the City of Houston’s city council, and similar entities around the region to urgently revisit these standards.

This may also be the time to push incentives for energy efficiency retrofits of existing homes. As previously highlighted though, rigorous evaluations of home upgrades in typical situations have found terrible results. Doing a thorough job of upgrading insulation is incredibly expensive and therefore not necessarily cost effective.

Walls are being ripped apart in thousands of homes and other buildings. What better time to install more efficient insulation and put in better caulking to keep out the hot, humid air.

Utilities can also be important partners in the rebuilding process. Companies can contribute the expertise they are developing in consumer energy management to help local governments develop effective energy codes. Many utilities also have pre-existing home upgrade programs. Utilities can make focused efforts to target these programs toward households or businesses that are rebuilding – helping people offset the considerable recovery costs. In some jurisdictions utilities may even be able to get credit or financial incentives for supporting these efforts.

By focusing on the energy efficiency opportunity presented by Harvey, the Houston region may be able to lock in some of the energy demand reductions caused by the disaster in a way that helps the area recover. MI

Andrew Campbell is the executive director of the Energy Institute at Haas. Andy has worked in the energy industry for his entire professional career. Prior to coming to the University of California, Andy worked for energy efficiency and demand response company, Tendril, and grid management technology provider, Sentient Energy. He helped both companies navigate the complex energy regulatory environment and tailor their sales and marketing approaches to meet the utility industry’s needs.

Previously, he was senior energy advisor to Commissioner Rachelle Chong and Commissioner Nancy Ryan at the California Public Utilities Commission (CPUC). Andy earned a Master in Public Policy from the Kennedy School of Government at Harvard University and bachelors degrees in chemical engineering and economics from Rice University. Follow Andy on Twitter @andycampbll or visit the Institute’s blog here: energyathaas.wordpress.com