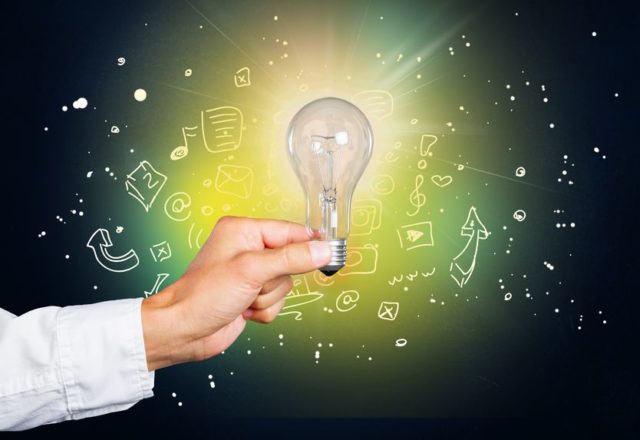 What are the most profound changes you have seen in the  European energy sector over the past five years, and how do you anticipate the sector evolving?

The energy sector is changing deeply, and faster than it did historically. Changes come from developments in core technologies, but many of them, at the end of the day, have been originated by the Internet and the ultra-connectivity it brings – the so called ‘Digital Revolution.’

In the past, we have benefited from the industrial and corporate economies of scale. Now, we are living a real big bang of network effects in economy, society, and policy. The new ‘corporate champions’ know it very well.

The Internet also paves the way for the emergence of a circular and collaborative economy and it is fundamentally changing and blurring the value chains and the very nature of the company-customer relationship.

These megatrends are also taking place in the energy landscape. In the utility business they are distributed energy resources, renewables and electric vehicle, prosumers and demand response, new players and competitors … and the risk and opportunity of re-intermediation.

In my view, the energy transition is happening worldwide, faster than expected, but with different speeds depending on the balance between technology push and market pull. Some changes are already very clear: renewables, price and affordability (price has reduced one order of magnitude in the last decade), TICS and electronics commoditization.  Other transformation levers are in the earlier stages, but speeding up: storage, electric vehicles, demand response solutions etc.

So, the big challenge for utility leaders is transforming our asset design and management, our field operations, our legacy IT systems, our customer relationship and value proposition – and ourselves!

How are smart cities, climate changes and energy inextricably linked with the technology revolution?

Energy (along with communications) is the cornerstone of our welfare and our way of life.

As several historians and anthropologists have stated, energy has been the engine which has fostered the cultural evolution of mankind, and technology the pacemaker of that process.

White’s law states: “The measure to judge the relative degree of evolution of a culture was the amount of energy it could capture.” (Leslie White)

In that view, there are three main components of cultural development:  technological, sociological and ideological, with technology being the primary  determining factor responsible for that evolution – and with a further and critical impact on the relations we hold, (social and institutional architecture) and the ‘home’ we live in i.e. cities, planet etc.

In what way is technology an enabler for better lives and a more sustainable future?

When disruptive technologies become ubiquitous and cheap, industrial revolutions start. They usually involve deep changes in both energy and communication fields, and they introduce drastic increases in productivity and efficiency.

It happened in the first industrial revolution, with the steam engine and the railway that produced a radical improvement in labour productivity.

It happened again in the second industrial revolution that gave the world oil and electricity, cars and roads. It also brought the modern banking system, global corporations, and management as a science, with a radical increase in capital productivity

And it is happening now – digitisation and IoT are changing the industrial landscape, offering the opportunity to get a radical increase in resources productivity,  especially in energy such as renewables, sustainable transportation and energy efficiency. In my opinion, this greater efficiency, and effectiveness in the way we use energy, will make it even more affordable.

Why is the digital utility a vital evolutionary step for the energy sector of tomorrow?

In my view, a utility is nothing but a corporate machine that transforms massive distributed relations and operations, and large and long-term investments, into a service that is perceived as essential by customers.

Up to now, utilities have been the very backbone of energy services. Now, their role and model are being challenged by the digital revolution. Meanwhile, many other businesses (hardware, software etc) are transforming themselves; in utilities creating new networks and platforms, and offering different value propositions to customers and citizens

As far as assets and operations are the means, and customer relationship and satisfaction are the ends, I have no doubt that the utility of the future will be digital, and it will be the one that faces all these challenges and opportunities in a more flexible and effective way, thus playing a key role in energy transition.

In your view, what are the keys and the compass of the energy transition?

In my opinion, the risks and opportunities of the energy transition should be addressed in social terms. The benefit is clear: cheaper and more affordable energy for everybody, that is fuel for development and welfare. Of course, there are some issues to care about: security of supply (energy is both a commodity and a public service), the value of the legacy system (which, in time, paves the way for new entrants and business models to build upon) and the institutional evolution required. We need an intelligent, inclusive and coherent governance framework and rule of law, not only in the energy arena, but also for it.

At first sight, you could think that this process of deep transformation is all about technology and machines, but, if you look carefully, you realize that ultimately it´s all about extracting value out of emergence and change.

It´s all about people and leadership. MI

Blanca has 25 years’ executive experience in the energy, industry and utility sector.