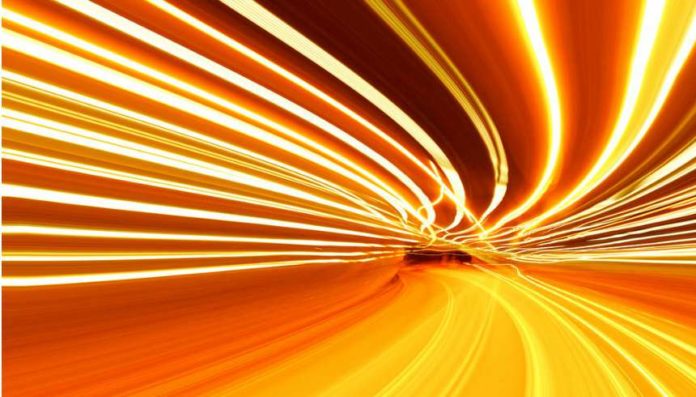 We live in a world of connected industrial assets, with an unprecedented capability to remotely monitor and control these assets, commonly referred to as the Industrial Internet of Things (IIoT). Gartner forecasts that endpoints of the IoT will grow at a 32.9% CAGR from 2015 eventually reaching an installed base of 20.4 billion units in 2020.

What was initially considered a trend and buzzword is here – today – and growing rapidly.

Any Internet of Things initiative requires a number of important choices to be considered. And in the early planning stages, no choice is more important than the network wireless technology on which you plan to build your IoT environment.

That choice affects everything – the devices your services rely on, the network architecture that will define your IoT deployment’s performance, longevity, reliability, security, interoperability and scalability. When you assess your needs and goals, the main consideration must be whether or not your choice is as future proof as you can possibly make it. But what are the choices that are available?

Wireless Smart Ubiquitous Network (Wi-SUN) is a technology based on the IEEE 802.15.4g standard. It is backed by the Wi-SUN Alliance, a global industry alliance that promotes the Wi-SUN specification. Wi-SUN has a 3rd party organization that develops tests to certify that IEEE 802.15.4g based IoT equipment both conforms to the standard and is interoperable with other certified equipment.

Wi-SUN networks support star and mesh topologies, as well as hybrid star/mesh deployments, yet are typically laid out in a mesh topology where each node relays data for the network to provide network connectivity. Wi-SUN networks are deployed on both powered and battery-operated devices.

LoRaWAN is supported by the LoRa Alliance, which provides certification for vendor interoperability. LoRaWAN radios are commonly used in low power devices with infrequent data transmissions.

LoRaWAN is typically laid out in star topology with gateways relaying messages between enddevices and a central network server.

NB-IoT is a new mobile technology specification by the 3GPP standards body, and is expected to be used for low power and infrequent data transmission devices. NB-IoT can operate in the GSM spectrum or utilise an unused resource block within a LTE’s carrier’s guard-band. NB-IoT compliant chipsets are now becoming available in the prototype stage.

IoT networks typically are deployed in one of two topologies: star or mesh.

In urban areas, the emergence of these obstructions or ‘black spots’ could mean having to install more gateways to ensure a reliable connection for all devices, as many IoT devices are fixed in place and can’t be moved to a better coverage location.

This allows for multiple, redundant connection paths so, unlike star-based networks, both single points of failure and black spots are dramatically reduced, or even eliminated entirely. In fact, as mesh networks scale, their reliability and performance improves because the possible communication paths multiply.

A mesh architecture is essential for applications which require distributed computing or some local intelligence.

These applications go beyond simple data acquisition and process locally-available information from in field devices to make quick, intelligent decisions.

The bandwidth, latency and bi-directional communication performance of a technology can have significant impact on the usable lifetime and functionality of the network.

IoT applications are rapidly developing with new uses and benefits being discovered and created. Having a network with the capacity to handle new applications and data streams will avoid early obsolescence. Additionally, the ability to update and upgrade deployed devices remotely can significantly extend the working life of those devices, while minimising the need to conduct expensive field visits.

Most of the current IoT applications today require on-demand control. On-demand commands require a network that can listen frequently and respond in a timely manner to on-demand commands. Not all IoT technologies offer the necessary bandwidth, latency and bi-directional communication to ensure long usable life and full-featured functionality.

Key considerations include high data rates that are consistent throughout the network and low latency. It is important too, that the ability for the device to do future applications, firmware upgrades, security updates, and receive ondemand commands is not compromised, while requiring reasonable power consumption.

Security is a core concern for any network as compromised devices can be used to mount attacks on other networks, result in costly technology replacements or, even worse, disrupt essential services or public safety as would be the case for critical IoT networks.

Security considerations include authentication of devices and security certificates: symmetric key exchange, generation and storage, encrypted data transmission and network access that is controlled by certificates.

Many IoT devices do not have access to direct power and thus require battery power. As such, low-power devices are required to ensure long service life. But consuming less power can come with a functionality trade off.

To preserve battery life, some IoT devices will listen less frequently – a problem for applications where on-demand commands are needed, or when it’s time to configure and update firmware. These trade-offs will differ based on the type of network technology that connect those devices.

Today’s largest IoT networks will look small in five years. The ability to grow a network – while adding new applications – is a crucial consideration when choosing a network platform standard.

Scalability in both capacity and size is key, and it can be said that in a mesh topology, the network reliability improves as more devices participate in the network. Additional gateways provide the direct connections needed for adding devices to star-based networks.

Another factor influencing device longevity is backward compatibility. When choosing a network, evaluate each platform’s ability to accommodate multiple generations of hardware on a single network; this too will lower TCO by allowing you to use older devices longer.

Machine to Machine (M2M) communication and IoT are enabling many different and exciting new solutions for cities, utilities, and companies to better manage their assets, operations and environment. Those using the networks to connect the various sensors and nodes deployed need to understand the various technologies available. MI

IoT applications are rapidly developing with new uses and benefits being discovered and created.  Based on the report: Comparing IoT networks at a glance Wi-Sun Alliance, November 2017.