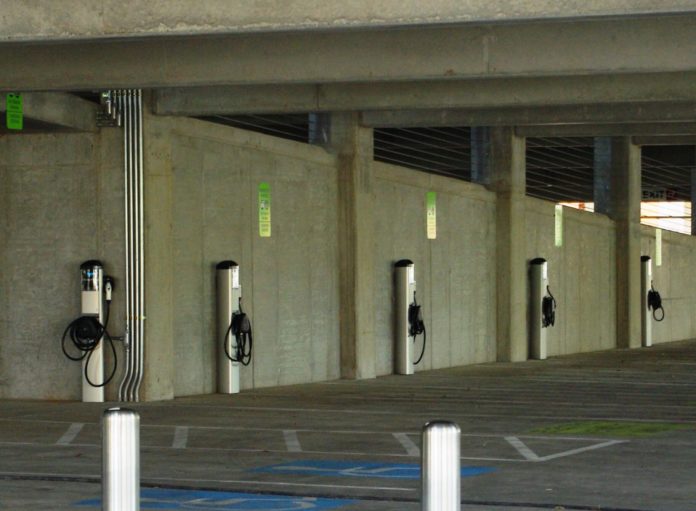 The announcement by the White House focused primarily on the in loan guarantees for charging stations, but also highlights collaboration between the Federal government and private companies, including some major electric utilities, automakers, charging station manufacturers and operators.

Some of the main action points following the announcement includes the launch of the ‘Fixing America’s Surface Transportation Act’ or ‘FAST Act’, a process to identify zero emission and alternative fuel corridors, including for electric vehicle charging across the country. [US DoE develops tool evaluating climate impacts of smart grid]

Furthermore, data will be leveraged to host an ‘Electric Vehicle Hackathon’ to discover insights and develop new solutions for electric vehicle charging. A guide to Federal funding, financing, and technical assistance for electric vehicles and charging stations will also be published.

[quote] These measures are viewed by the administration as “important tool to commercialise innovative technologies because these projects may be unable to obtain full commercial financing due to the perceived risks associated with technology that has never been deployed at commercial scale in the United States”. [Engerati’s round up: Decarbonisation, EVs and Bitcoin]

The administration added: “In the past eight years, the number of plug-in electric [including plug-in hybrid and battery electric] vehicle models increased from one to more than 20, battery costs have decreased 70%, and we have increased the number of electric vehicle charging stations from less than 500 in 2008 to more than 16,000 today – a 40 fold increase.”

When the announcement was made last Thursday, more than 50 industry organisations signed on to the following Guiding Principles to Promote Electric Vehicle and Charging Infrastructure.

The government said that “this commitment signifies the beginning of collaboration between the government and industry to increase the deployment of electric vehicle charging infrastructure.”