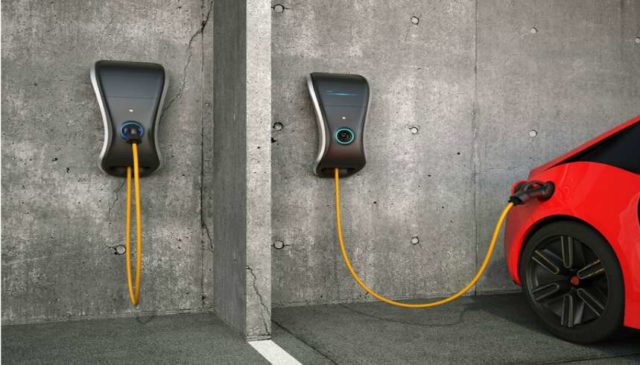 The scheme falls under the Division’s Public Sector Smart Energy Programme, which has a budget of almost $50 million split between the European Commission and the Inter-American Development Bank. The objective is to promote low-carbon transportation technologies within the public service.

Minister in the Prime Minister’s Office with responsibility for Energy and Telecommunications, Senator Darcy Boyce, said that in addition to the eight vehicles, there were plans for two electric buses to run on a few routes.

“My hope is that we also get a couple of electric vehicles that can be used in commerce or construction that we are able to see how we perform under those conditions as well.

“We need to have a broad range of information so that when we make policy it is not hodge-podge or bits and pieces, but it’s based on a whole range of electric vehicles that we have,” he said.

The pilot would also be used to help Government reduce its fuel bill and compile information to develop future energy policies.

The units to benefit include the Division of Energy and Telecommunications, Ministry of Housing and Lands, Transport and Works, Environment and Drainage, Ministry of Education, Office of the Attorney General (Financial Intelligence Unit), Foreign Affairs and Foreign Trade, and the Barbados Defence Force.

According to the managing director of Mega Power Ltd, Joanna Edghill, companies are slowly choosing the electric option, with the majority of sales from businesses which swapped their fuel-powered fleets for electric vehicles since the company’s launch four years ago.

“I’d say it’s still a little bit too expensive for your average Bajan consumer, and I’d say that’s a shame. That’s what we would like to bring down to encourage individual Barbadians to be able to own the vehicles,” said Edghill at the launch of the electric vehicle pilot project.

She said electric vehicles could start at $90 000 and go up to $105 000. There were six taxes attached at the moment: the 2% foreign exchange tax on imported goods, excise duty, import tax, National Social Responsibility Levy, VAT and road taxes. [US utilities up incentives for electric vehicle owners].

Despite the costs, Edghill said the project was a step in the right direction.

Carlton Cummins, a graduate mechanical engineer with a Bachelor’s from the University of the West Indies agrees, saying that electric vehicles could significantly cut the Government’s escalating fuel import bill.

Speaking to the Nation newspaper, Cummins said: “I see the electric car as part of the transportation solution for the country from the perspective of self-sufficiency. A homeowner with a solar electric system and an electric car could produce all the energy needed for his or her home as well as transportation,” he reasoned.

For his final-year project, Cummins wrote a research paper on the feasibility of electric vehicles for the Caribbean suburban commuter. He then, with research and the help of his tutors, went on to build an electric drive and an electric-powered motorcycle. The project is ongoing at the Trinidad-based university campus and improvements are being made.

Research conducted on four different Caribbean islands, showed that 52% of the people surveyed said they would consider driving an electric vehicle and 32% said they would not. The remaining surveyed were undecided.

“The first thing is that the range of electric vehicles today is actually ideal for small islands like Barbados,” says Cummins. He said that research showed that “the average Barbadian travelled approximately 40 miles a day and another interesting thing is that most people’s vehicles were out of use between eight and 12 hours. Electric vehicles today have a range of 100 miles or more [before requiring a recharge].”