According to a press statement, the participation of EMotorWerks in CAISO marks the first aggregated EV charging station offering within the real-time energy market.

For EV charging loads, the solution provides predictive modelling that aligns driver behaviour and charging needs with local and regional level energy requirements of the grid.

DRAM is a California programme that allows demand response capacity providers to be paid monthly for energy reductions they promise to deliver in the coming year.

Commenting on the tie-up between the two Californian smart tech companies, Valery Miftakhov, said: “The PI System is used as the data infrastructure at all ISOs and RTOs in the US, and is therefore a natural choice for us to leverage for delivering superior service."

Navigant Research forecasts the market to grow to more than 1.1 million vehicles sold annually by 2024 in the region. 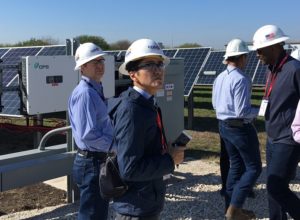