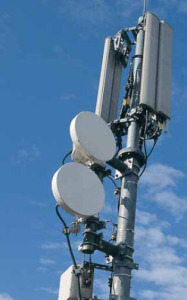 Metering.com recently ran a story that raises an interesting question about metering communications.

With telecommunications technology moving from 3G to 4G, the global system for mobile communications (GSM) network is looking increasingly redundant.

The Chinese-ruled island of Macau plans to switch off the second-generation network from June 2015.

Danish academics, however, believe they have a solution. A group at Aalborg University were quoted in the MIT Technology Review as saying that the GSM network should be kept switched on and used exclusively for M2M devices such as smart meters.

The argument is that the infrastructure is already in place and that with “suitable reengineering, GSM networks can support a surprisingly massive amount of M2M devices at even a single frequency channel”, said PhD fellow Germán Corrales Madueňo.

Mr Madueňo and his team calculated that a GSM cell operating on a single frequency could support up to 70 messages per second. This translates into approximately 13,000 smart meters reporting every five minutes. That is 133% more than is possible with the current GSM network standards.

The folks at MIT also think this is a good idea but pointed out the more difficult hurdle will be persuading everyone to use GSM in this way.

Describing radio frequency (RF) real estate as a “valuable commodity”, they predict a fierce battle ahead.

So is the GSM network the solution to interoperability?

What do you think? Write your comments below.

Utilities are not doing enough to secure connected devices. Right or wrong?
Smart meter fires: as Sensus pays off SaskPower what can the industry learn?