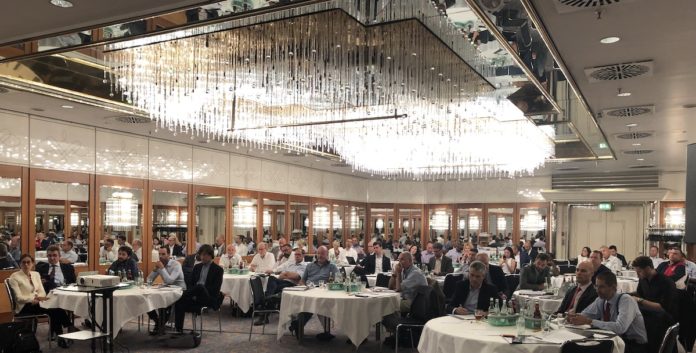 More than 60 participants from over 15 utilities worldwide have gathered in Munich for the first workshop on Broadband Powerline (BPL) Technology organised by the PRIME Alliance in collaboration with E.ON Deutschland.

Powerline technology has been successfully used worldwide for many years to connect more than 20 million measuring points and other network elements. Its performance has developed rapidly for use cases in the last decades. The Powerline technology meets the communication requirements of the smart meter and moreover smart grids environment in the most efficient and sustainable way.

The PRIME Alliance is currently working hard to develop operating models and technical standards for Powerline further. The Alliance’s experiences have been shared with participants along with discussions on current concepts, products and operating models of the Broadband Powerline technology. Based on these efforts, the target of completing a PRIME BPL Specification by early next years is achievable.

The agenda featured testimonials on BPL successes in different utilities from PRIME Alliance, E.ON, Iberdrola and CEZ Distribuce. Alongside the event, several BPL Technology vendors exhibited their solutions and products during networking breaks.