The Environmental Defense Fund (EDF) has released a report that shows wind and solar energy jobs now outnumber coal and gas jobs in 30 US states, including D.C.

According to the report, entitled In Demand: Clean Energy, Sustainability and the New American Workforce, the clean energy and sustainability economy provides local jobs in all 50 states, frequently pays higher than average wages and offers numerous career and educational pathways for individuals looking to work in the clean energy economy.

“The growth in clean energy sectors can be credited to reductions in costs, increased demand for clean energy and efficiency technologies, as well as policies and investments.” 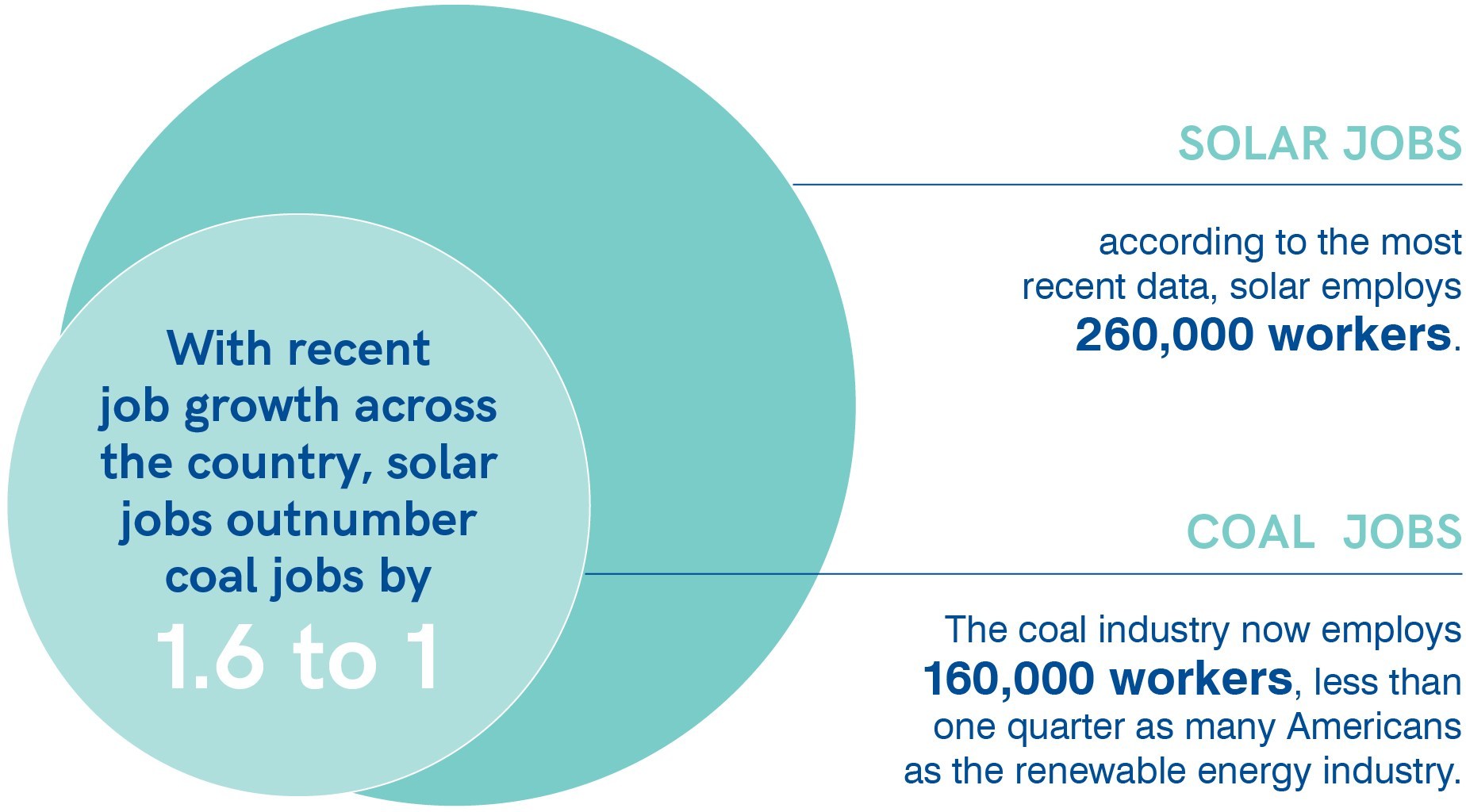 It is believed that the political uncertainty at the federal level, centered on the future of renewable energy tax incentives and a tariff on imported solar modules, contributed to a 22% decline in cumulative 2017 installations as compared to the previous year.

It is further reported that the sustainability economy continues to be a large and growing source of jobs for over 4 million workers in the US, with wind and solar energy jobs outpacing those in the coal industry.

Additionally, solar and wind installations comprised 65% of installed electric capacity in 2016 and for the third year in a row exceeded the installed capacity of all other electricity sources combined.

According to the Bureau of Labor Statistics, solar PV installers and wind turbine service technicians will be the two fastest growing jobs in America from 2016 to 2026, roughly doubling during that period.

“Companies are recognizing that the market is demanding a low-carbon economy, and they’re seeing the benefits to their bottom lines. What business wants to bet against the market?