A Department of Commerce programme will kick-start energy efficiency through the latest round of grant awards to projects from LED lighting in La Crescent to solar panel systems analysis for dairy farmers.

The projects were chosen from 72 entries, including cities, churches, nonprofits, American Indian bands, a food co-op and other groups looking for ways to go-green and cut energy bills.

The grants are aimed at assisting projects get started, rather than cover costs of the entire projects, says spokesman Dan Thiede of the Clean Energy Resource Teams (CERT).

The CERT group is a partnership created by the Legislature and funded by the Department of Commerce. It has given away more than $1 million to 300 projects since 2006.

Grants are awarded to projects that implement plans to use renewable energy, thereby reducing their carbon footprint and becoming more energy efficient.

Some of this year’s winners, along with the grant sums:

• The Leech Lake Band of Ojibwe in Cass Lake will develop a solar master plan; $4,600.
• A Brainerd charter school will replace its library lighting with LEDs; $3,000.
• The Crosslake Lutheran Church will install an 87-panel solar system that produces 31.32 KW a year at an annual  savings of $4,223.
• A non-profit, Journey Home MN, will build four houses for veterans with disabilities. The houses will be affordable and energy neutral; $5,000.
• The city of Maplewood will find the best spots for solar in the city as part of its comprehensive plan; $7,500.
• The city of Mountain Iron will identify the best spots for community solar and develop plans for solar  implementation on city-owned facilities; $4,750.

Energy efficiency drives a significant portion of the labour force. Clean energy and energy efficiency jobs grew almost four times faster than all other job types in the state between 2015 and 2016.

Currently, more than 57,000 Minnesotans work in these fields. Most are employed in energy efficiency – for example, installing high-efficiency appliances or constructing energy-efficient buildings. 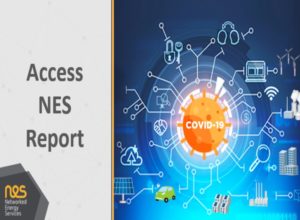