Over the next five years, it is estimated that the global gas meter market will increase by 13.2% to a value of $2.29 billion in 2013 to $2.82 billion in 2018. Examining trends in rollout and replacements, the question to be considered long term is “What is the next step in the evolution of the smart meter?”

Much discussion of metering today focuses on the technology – in the case of gas, principally ultrasonic gas meters and smart metering. These are important ingredients of the marketing picture but there remain other fundamental drivers of demand that have existed since gas started to flow through pipes and meters were invented to measure it.

Where smart technology is introduced it is bringing a sea of change in the cycle of demand for meters. But smart technology will not be introduced everywhere and some countries have already ruled it out for residential gas metering. As a result we now have demand forecast scenarios (short and long term) that can be radically different by country, even though the installed base may of a similar scale. Historically, there have been three components of demand for meters: new connections, replacement of aged meters and increased demand for gas (or electricity or water). Each of these factors has contributed to forming a unique set of dynamics that drive the market which varies by segment and country. 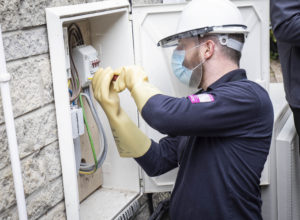