New Zealand’s minister of energy and resources, Hon. Gerry Brownlee, said in the House of Parliament recently that the business sector in New Zealand could make annual energy savings of around NZ$2 billion (US$1.4 billion).

He added that in the last five years, the government’s energy efficiency agency has invested NZ$3.9 million in a scheme that has accumulated annual energy savings of around 500 GWh (around NZ$65 million in bottom-line costs to business).

What’s obvious from the minister’s comments in Parliament is that, while we are making some good progress, there is still much more that New Zealand could do as a country to improve our energy efficiency and to capitalise on the financial savings that doing so would generate.

I suppose it could be argued that, in this respect, New Zealand is not too dissimilar to many other countries.

There is a huge scope to improve energy use worldwide and there is a plethora of technology that would facilitate that transition to a more energy efficient international economy.

So if it’s not the technology that’s missing, what is? In our case, it’s a more human factor. What’s missing, certainly in the New Zealand context, is awareness by “the market” of the imperative to act to enhance energy efficiency, and the incentives to spark that action.

Let’s deal with the first issue – awareness. Most Kiwis are concerned about the environment and most, probably all, do their bit around recycling, for example. Most households also turn off lights when people leave rooms and switch off appliances when they are not being used.

But that is often as far as it goes, unfortunately. And that applies equally to the business sector.

And in the commercial building market, where smart meters could make a lot of difference, there are cost effective energy efficiency improvements in the order of NZ$0.5 billion-plus waiting to be implemented. However, there are very low awareness levels and completely dissipated incentives on building owners to capture the opportunity for reducing energy costs for themselves and their tenants. We all know about the split incentives problem.

For example, why would a landlord pay to upgrade the heating and ventilation system if it is his tenant that pays the energy bill? He might if the tenant could see that the building next door cost him less in energy to rent out. We have yet to adequately deal with that issue here in New Zealand but I applaud the Europeans and Australians for their initiatives in this area (in Australia a Bill has just been passed requiring all buildings over 2,000 m2 to disclose their energy performance).

This is where we can be slower than other countries at introducing the many other drivers that support the use of energy efficiency technologies and encourage the necessary behaviour change.

And it’s these factors that have hindered, to some extent, the development in New Zealand of an innovative energy efficiency market from which an exporting sector can then grow.

Success in this area for the small number of Kiwi companies that are succeeding here is in spite of the weak domestic market, and is an encouraging sign of what could happen if the domestic market for energy management services was provided with more support.

I have just read an estimate that the global commercial energy management systems market (of which metering and the functions associated with them is included) is expected to reach $6 billion by 2014.

A big question is how much of that is destined for New Zealand to enable us to install equipment that will help capture the opportunity to reduce energy use?

Another question is whether New Zealand companies are even in the general vicinity of being able to capture some of this market opportunity.

Visiting a university the other day, I was told by students studying energy use in commercial buildings in New Zealand that electricity retailers often took weeks to respond to requests for electricity data. Moreover, many requests were simply ignored.

The point of this anecdote is that if we haven’t got systems that support commercial customers getting access to their data in an efficient and effective manner, how we are going to make sure that all of the potential benefits associated with this metering and associated technologies are realised?

I’m certainly not singling out any sector of the market for criticism. My point is we don’t really seem to be as engaged as we could be with the whole concept of energy efficiency and its tremendous long term importance.

Nor do we seem to have fully realised the extent of the opportunity to provide energy reducing solutions at a global level here in New Zealand. This is disappointing.

There are some excellent companies in New Zealand developing solutions that can capture the opportunities, and I know that within our association we have the people to ensure New Zealand delivers on the $2 billion opportunity our minister believes is there to be captured. 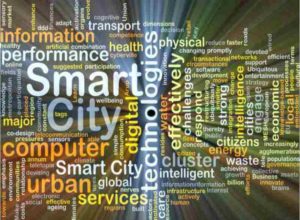