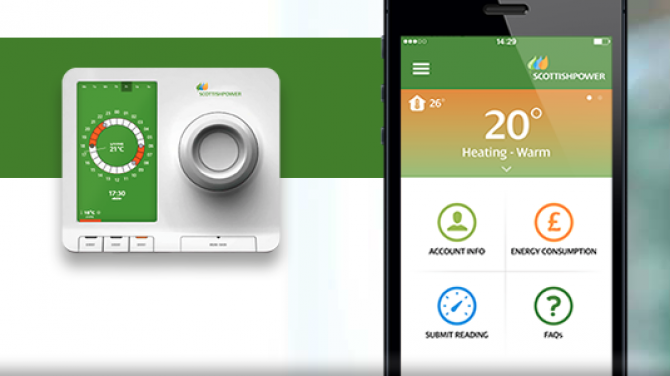 Under the contracts, more than five million smart meter devices to measure electricity and gas usage will be deployed by 2020. [Scottish Power selects local firm for smart meter rollout]

The announcement was made as part of Spanish parent group Iberdrola’s third quarter results.

According to a release, approximately 100,000 smart meters have already been installed and ScottishPower expects to soon be installing up to 2,000 meters every day across Scotland, England and Wales.

Keith Anderson, ScottishPower chief corporate officer, said: “ScottishPower is well on course to invest over £1.8 billion this year, and digital innovation is a key part of our long-term business objectives. “Smart metering will revolutionise the way our customers consume and monitor their own energy use, empowering them to make real behaviour changes and identify savings.”

The release adds that ScottishPower’s smart meter contract is underpinned by climate change targets, and is determined to offer all its customers a smart meter by the end of 2020, meeting the UK Government’s deadline.

In related news, The Institute of Directors (IoD) has once again expressed their dissatisfaction with the direction of the UK smart meter rollout, saying they believe the scheme to be “unnecessarily complex.”

Additionally, the IoD said that the rollout would effectively cost up to £400 per household ‘through energy bills.’

Says senior energy advisor to the IoD, Dan Lewis: “Now is the right time to review the smart meter programme, which is an overly complex scheme for which the benefits are far from clear. There are much cheaper ways of automating meter readings, increasing switching and monitoring energy use but instead we are pushing ahead with costly technology without consumers having all the facts.

“It looks very unlikely that smart meters will meet the target to be fully deployed December 2020. Even worse, many of the smart meters going in now will not work if the customer switches to a new supplier. Households are being told that the meters come at no extra cost but when we asked people about the £400 the programme will add to their bills, less than 1% said they would pay it voluntarily.”