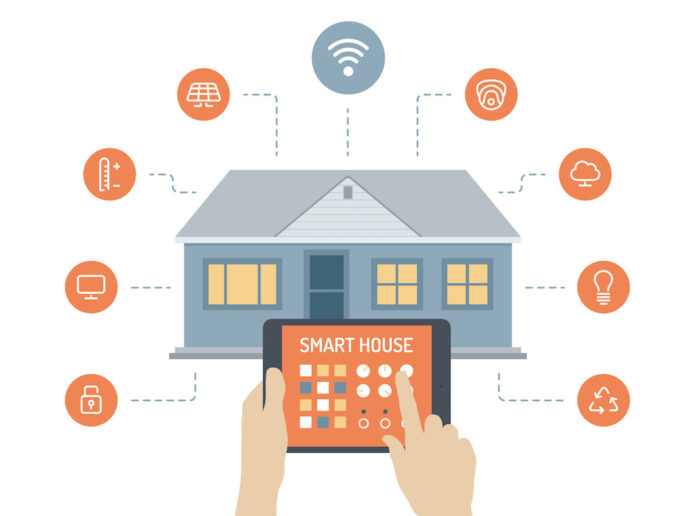 The report highlights that residential consumers are becoming increasingly aware of smart home technologies, thanks to the prevalence of platforms like Amazon Echo, Google Home, and Apple HomeKit.

Vendors are ramping up investment in the smart home concept and marketing to consumers, as home builders are integrating products into new construction.

“The concept of a smart home has the potential to revolutionise the way we interact with our homes and the grid,” says Paige Leuschner, research analyst with Navigant Research.

“Homes that act intuitively and intelligently through a comprehensive ecosystem of hardware, software, and services not only enrich consumers’ lives, but also play a role in the transition to the Energy Cloud.”

As a key component of the digital grid and the future of the residential IoT, smart home platform adoption is being driven by tech incumbents, telecommunications providers, security providers, and energy suppliers. According to the report, these stakeholders are using their existing footprint to engage in the smart home market, increasing the number of devices available and creating new applications for data streams.

The report, The Smart Home, analyses the global smart home market, with a focus on residential IoT hardware, software, and services and smart home platforms. The study provides an analysis of the market issues, including value propositions, market channels, and drivers and barriers, related to the smart home. Global market forecasts, segmented by region, device type, and segment, extend through 2026.

Supporting this theory, in Austalia Advantage Air Australia General Manager Darren Bee says that the Internet of Things and ‘smart homes’ will grow exponentially in the next few years. He continues that it will not be long before a ‘smart home’ – one that is able to be controlled by a smart device – would become the expected norm for homes.

“It’s happening faster than you think,” he said.

Bee believes that smart home technology will also impact on the potential resale value of the home.“If you don’t think of a smart home now, it could make selling your home difficult in the future.

“For example, people reasonably expect the garage door to be remote operated, and to not have to get out of their car to lift it. Smart homes in the near future will be no different; people will expect to be able to control the home from their smart device.”

US tech industry lobbying group, the Consumer Technology Association, says more than 30% of Americans have plans to purchase a smart device of some kind this year. 15% plan on using a digital assistant speaker such as Google Home or Amazon’s Echo, while 13% are considering home cameras and 12% are thinking about adding a smart thermostat to their home.

“The aim is to deliver homes that take care of you, instead of the opposite,” said Steve Koenig, CTA economist and researcher. “People are able to find solutions that work for them.”