In December 2015, Aidon signed a contract with Smart Strøm Østafjells (SSØ) for the delivery of a turn-key Automated Metering Infrastructure (AMI) project.

In Norway, there are about 2.9 million energy meters to be renewed by the beginning of 2019.

SSØ was the last contract to be signed in Norway, and with it, Aidon has won totally around 1.5 million metering points with end-to-end AMI, including advanced RF communication solution and versatile smart grid functionality.

Timo Chrons, CEO of Aidon, comments the company’s success: “We knew that Norway would be the most advanced and demanding AMI market in Europe up to now and we had high ambitions for it.

“I am very glad that we have exceeded our business goals in Norway and I’m grateful to the energy distribution system operators which have valued our solution. Success in such an advanced market as Norway gives us excellent capabilities to proceed in other markets in the next stage.”

The contract with SSØ includes a full AMI platform for 100,000 metering points with Aidon technology, services and installation.

Tore Morten Wetterhus, CEO for EB Nett, Lier Nett and Hadeland Nett – three of the partners in SSØ – explains why Aidon was chosen: “We received numerous well-qualified offers, and after an extensive and thorough review, we chose Aidon based on criteria such as quality, functionality and technology.

“We strongly believe that Aidon will deliver the best results for our 100,000 customers in eight Norwegian municipalities.

Managing director of Aidon in Norway, Thor-Erik Næss, adds: “Our technology and our commitment to enhance it during the system’s life time has given us the competitive edge which our customers value.

“We clearly see that SSØ is ambitious when it comes to smarter grids, proactive analysis of their distribution net, connections to other sensors in the network, and how this can make them a forerunner as a DSO.”

The new smart solution from Aidon will bring the meter reading system’s functionality and performance to a new level, making a wide range of valuable information available to the distribution system operators.

Deployment of Aidon’s new system will start in 2016, and will be completed by the end of 2018. 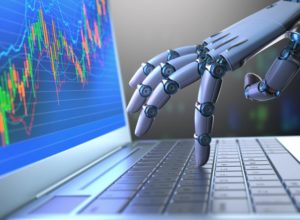