The Academy of Science of SA has released a report, entitled The State of Research, Development and Innovation of Electrical Energy Efficiency Technologies in SA, which cites a South African Institute of Tribology study arguing that changing one can of engine oil, multiplied across an entire vehicle population, can translate into significant savings.

The Academy of Science of SA’s report says it is difficult to make an estimate for all sectors, but potential savings in gearing applications alone throughout all industry could exceed 200MW and be as high as 600MW.

Tribology (the study of friction lubrication and reducing wear) could help local motorists and businesses save nearly 18 million litres of petrol per annum and potentially billions of rands in other energy costs, according to experts at he Academy of Science of SA.

Local tribologists  have found that a large portion of the South African car fleet is considered to be relatively old, with 40% of vehicles older than 10 years.

Besides the effects of tribology, the report also examines lighting as a major power consumer.  SA is still lagging behind the most developed countries in the implementation of solid-state lighting technologies.

The report identified the smart grid as being able to improve energy efficiency, facilitate more effective industry, as well as reduce the carbon footprint.

• While many First World countries have already begun phasing out older lighting technology (incandescent and compact fluorescent bulbs), replacing it with solid-state lighting technology with specific set targets, SA does not yet have an overall and coherent policy on solid-state lighting
• Most energy efficiency projects are pilot projects run by Eskom. Furthermore, there is a very limited number of universities and research institutes in SA that are doing fundamental research in the development of advanced materials for solid-state lighting
• There is significant potential for energy efficiency improvements to act as a virtual and relatively low-cost fuel source to support poverty alleviation and job creation at a reduced environmental cost
• Energy efficiency is an economically and environmentally attractive way to meet growing energy demand, but needs support to make a significant contribution as it may not be aligned with the aims of energy producers
• As a country rich in mineral resources, SA should not try to move away from energy-intensive industries that offer significant downstream beneficiation opportunities, but should rather strive to make these industries more energy efficient and competitive through research and development support

The full report can be downloaded here.

US utilities ready for a pandemic-stricken summer says NERC 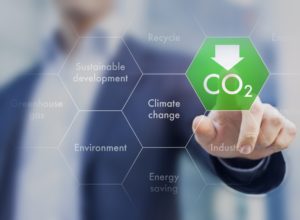