The world is preparing for the coming age of the electric vehicle (EV, which is used in this article to apply generically to all forms of electric vehicles). Major manufacturers are ramping up production with aggressive sales goals. Utilities and municipalities are laying the foundation for the new infrastructure. Governments at all levels are participating in the promotion of electric vehicles – and are putting massive tax funded dollars behind their support.

After many years of mis-steps, the road ahead appears to be wide open for the EV industry. But a closer look reveals some bumps, some potentially damaging, along the way. How this smoothly journey goes – a smooth ride in the fast lane or a treacherous ride down a country road – was the basic buzz at the Plug-In 2010 conference & expo, an outstanding event for this emerging industry, held in San Jose, California during the last week of July.

The fast lane
One of the fundamental questions about the prospects of the EV industry is, “why now?” There appear to be at least several major factors that answer this question. 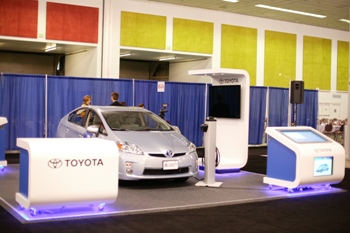 First is the development of IT infrastructure. 10+ years ago a wide spread IT and tele- communications infrastructure was costly and limited, as compared to today’s standards. The need for networked charging stations, remote and mobile billing, and intelligence in the vehicle are all doable today, thanks to the evolution of utility infrastructure – aka the smart grid – and the relatively lower cost/performance ratios of information and telecommunications technologies.

Second, the primary EV driver in the 1990s was purely regulatory. For instance, in California the state’s Air Resources Board enacted legislation that basically created what amounted to a pilot market for EVs – limited in scope, but a small market nonetheless. When the political climate changed in the early 2000s, so did the regulations and the market essentially closed down. Today, there is a tangible and real consumer demand for EVs that did not exist 15+ years ago. Consumers want to be on the path to being less fossil fuel dependent for reasons both economic (electricity is cheaper than continually filling up at the pump) and environmental (climate change and pollution concerns have captured the public’s attention).

A third reason is that the cost of batteries continues to drop. As these costs continue to come down, this will be a major factor in growing the installed base of EV ownership.

Bumpy terrain ahead
There are still some technical and business issues that need to be navigated for the EV market to be viable over the long term.

One of the issues is standards. Those of us familiar with utility IT systems ranging from operations to customer know that data and computing standards are never easy. These challenges are potentially more difficult in the EV world with the need for standards addressing data communications, vehicle-to-grid management, various interconnections, and home area network interfaces. 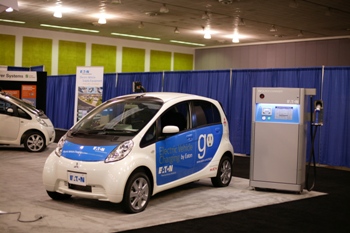 A second issue is the battery issue, which includes the dynamics of charging (when? where? how fast?), initial cost and cost of replacement (cheaper now than 15 years ago, but plunking down $8k every 8 years will give some potential buyers pause), and ‘range anxiety’ (200 mile range seems ok to most consumers; 40 mile range, not so much).

A third major bump in the road is how quickly this industry can transition from being heavily subsidized to being more purely consumer driven. This is a huge question with many sub-plots. The U.S. Department of Energy is subsidizing charging stations and giving $7,500 credits to consumers. President Obama is publicly touting the Chevrolet Volt as the beginning of a new future, but do consumers want a car that costs $41,000 that has a 40 mile range on electricity? Will there be a battery technology breakthrough that will mitigate range anxiety and drive down battery costs? And the requirement for charging stations is not trivial – how many? Who owns them? How is billing managed?

Many of the EV industry thought leaders are adamant about one point: getting to critical mass (one million EVs on the road?) as quickly as possible is key. While this will create the demand necessary for continued investment that will solve many of the challenges that are being met in this road to the EV future, it does beg some ‘chicken and egg’ types of questions: how can there be a huge installed base when the standards questions are not settled? One million cars sounds like a lot, but it is not even 1% of the vehicles on the road today.

As is the case with much of the technical and business activity in the smart energy world, this is a time for guarded optimism towards EVs. The technology is leaps and bounds ahead of where it was just a few years ago. The potential to fundamentally change the ‘addiction to oil’ paradigm is huge (picture your local utility displacing the Chevrons and Shells of the world). A focus on continuing to build a sound business case will accelerate EVs in to the fast lane.

New energy consumer demands and how to fulfil them 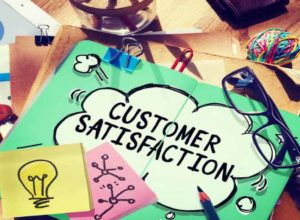 New energy consumer demands and how to fulfil them