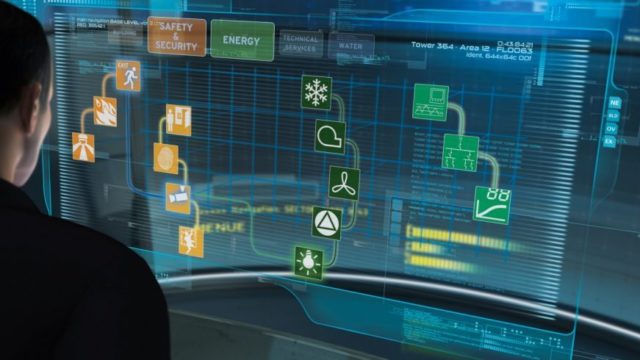 Power and automation technologies provider ABB has announced that it has provided building automation solutions for Microsoft’s new office in Copenhagen, Denmark.

The automation technologies have been used in several thousand installations globally, claims ABB and are purposed in this instance, to convert Microsoft’s new building into a smart one.

Nadaq continues on to say that that the KNX building automation solutions, uses Internet of Things Services and People (IoTSP) to adjust control functions “in sequence with the natural rhythm of the day.”

Included in the ‘smart design’ of the building are sensors that measure the amount of sunlight as well as its presence in the building, allowing the systems to regulate the lighting and shutter control.

The Swiss company says that Microsoft can save up to 20-60% of lighting energy consumption.

Smart buildings in the Middle East

According to a new survey, Dubai and Doha were found to be the cities with the ‘smartest’ buildings.

More than half the buildings surveyed in the region, however, had limited connectivity and integration of building systems.

[quote] Honeywell’s Smart Building Score, a global index which is designed for a comprehensive assessment of any building, was used to do an evaluation of 620 buildings across major Middle East Cities, including, Abu Dhabi, Dammam, Doha, Dubai, Jeddah, Kuwait City and Riyadh.

The US multinational conglomerate company states that the average smart building score in the Middle East was 48 out of a possible 100.

A Honeywell report, developed in conjunction with Nielsen and Ernst & Young indicated that airports in the Middle East are leading in terms of smart building technologies. The challenge presented in the Middle East is the lack of lack efficiency-boosting technology that helps centralize facility information and streamline operations, that leads to seamless connectivity and system integration.

“The survey results show that the region is well on its way to achieving its smart city goals, with Dubai, Doha and Abu Dhabi in particular serving as great examples for the region,” added Pete Costa, vice president, Honeywell Automation and Control Solutions for the Middle East.