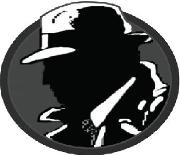 BECAUSE IT IS THERE…

Because it is there.” These are the four most famous words in mountaineering, attributed to George Herbert Leigh Mallory (18 June 1886 – 8/9 June 1924). He perished on his third, and possibly successful, attempt to scale Mount Everest in 1924. When earlier he was asked why he wanted to climb Mount Everest, he replied, “Because it is there.” That has since become a rallying cry for climbers, and reason enough to risk life and limb in the quest for the summit.

In the world of AMI, we are constantly climbing another mountain – the quest for the performance summit, the technology expedition. For engineers, the reason for doing something technological is often, “Because we can.” The counterbalancing question should be, “Does ‘just because we can’ therefore mean that we should?”

The definition of a “smart meter” is fluid. In the past four years alone we have added features and functions on a regular basis. Some of this is just “because we can” and some of this, the healthier part, is in response to unmet needs whose solutions have clear value.

You have perhaps seen the laughably huge Swiss Army knives that are as thick as your arm, and feature 30, 40, 50 or more “blades”, each with a different purpose. Very few people would want to carry such a knife, because it is too heavy, costly and cumbersome, and because some of those blades (such as the magnifying glass or fishhook disgorger) do a marginal job compared with a separate, free-standing device designed for the purpose.

So where am I going with all this? In some utilities, the 2008 vision of the “smart meter” rests on a long list of features pertaining to the revenue metering, tamper detection, outage notification, power quality, etc. More recently the definition has evolved to include a remote disconnect/reconnect relay (or service switch). And now that function has expanded to include a potential demand limiting application and future service in prepayment applications. We have also added the notion that the meter must communicate to and from devices on the customer side of the meter, and thus must contain an integral Home Area Network (HAN) gateway.

If we could add all these devices and capabilities with negligible risk, incidental cost, modest complexity, no further memory or computing capability, and no security concerns, then why not? From a technical perspective, “we could, so we did.” Or “because it is there.” But, of course, it is not that simple. There are very significant costs, complexities, complications and security risks, especially with the combination of these functions. In the shadowy world of terrorists and hackers, our electric infrastructure may be a ripe target. Can the HAN interface become the portal through which unauthorised parties hack into the AMI system, or the means by which service switches could be used to suddenly disconnect electric service to vast numbers of customers? Do we really want service switches in all meters? Does that make sense?

Some utilities have taken a closer look at these issues and have concluded that service switches in 100% of meters is simply not justified, and have gone with a smaller subset, or none. Some have chosen to enable the remote disconnect separately, in a collar with separate communications. And what about the HAN two-way communication in the meter? Is that where the interface really belongs? Or should there be a separate communications gateway for home display and control? That separate gateway could use the same or a different communication technology than is used for AMI communications, perhaps thus avoiding some of the RF range issues that concern some of the California utilities. And how many customers will want HAN-type functionality anyway, and be willing to pay for the enabling devices on the customer side of the meter? And how many customers will be on a time-of-use rate or other peak-sensitive pricing scheme that warrants the purchase of price responding control devices, smart thermostats, etc?

The fact that we can stuff all these capabilities into a modern solid state meter doesn’t mean we necessarily should add these parts, complexities, costs and risk to every meter in an AMI deployment. These integral features and functions, while technically possible and commercially available, have yet to fully prove themselves over time in any large deployment. It thus behoves every utility, and every consultant advising utility, to question the merits of the “we could, so we did” adoption of costs and complexities without first starting with a clean sheet of paper and asking the tough questions. What do you need, what do your customers need, and when? Conventional wisdom in this field is neither conventional nor is it necessarily wisdom. “Because it is there” is an acceptable answer in mountain climbing. It is not a sufficient answer in AMI applications.