A Canadian electricity company is set to become the first international energy supplier to use an Israeli grid monitoring system that has been adapted from a defence system.

The agreement, which is expected to be announced this week following Canada’s Foreign Minister John Baird four-day visit to Israel earlier this month, will see the North American country adopt Iron Dome technology. 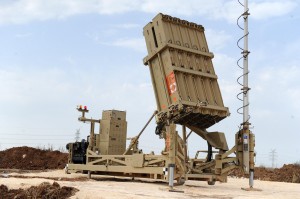 Developed as missile defence system, which calculates the risk of incoming rocket fire to civilian targets and only fires when there is risk, Iron Dome has been adapted for use in the energy sector.

In November 2014, Rafael Advanced Defense Systems subsidiary mPrest, which developed the Iron Dome’s control system, partnered with the Israel Electric Corporation to use the technology for its information grid, using the same algorithms to help monitor and control the electric grid, reports The Jerusalem Post.

Natan Barak, CEO of mPrest, said: “Similar to its ability to meet the ever changing threats encountered by the Iron Dome, Israeli Electric Corporation can tailor the system to its unique dynamic methods and various sensors and changes required,” mPrest CEO Col. (res.) Natan Barak said.

According to Henri Rothschild, president of the Canada-Israel Industrial R&D Foundation (CIIRDF), “[Iron Dome] has the potential to change grid management in North America and beyond.”

The partnership was made possible through a new CIIRDF fund called the Canada-Israel Energy Science and Technology Fund, “a CAD$5 million (US$4 million) reserve that focuses on technological cooperation in the energy field.”, reported The Jerusalem Post.

The report said that Canadian-Israeli ties have seen a recent boom in the energy field, as Canadians find new and innovative uses for technologies originally developed in Israel for water efficiency, robotics, nanomaterials, big data analytics and even defence purposes.

Mr Rothschild said: “There’s an increasing technological spillover from one sector to another.

“It used to be that we could talk about software technology, biotechnology, mineral technology as if they were different. They no longer are.”