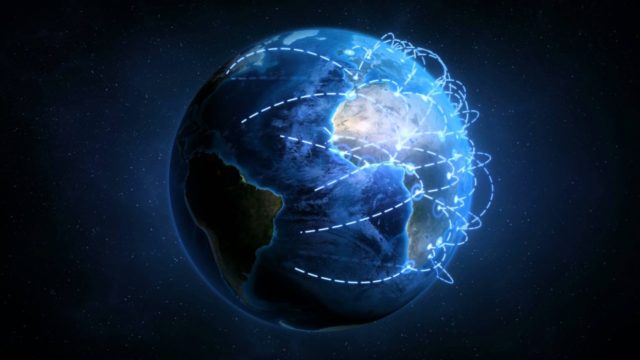 The electricity network would use advanced renewable energy, namely solar and wind technology and is planned to be operational by 2050, says NBC News.

The company running China’s power grid endeavors to create a “global village”, where transmission lines tap into and distribute electricity from solar farms around the equator and wind stations in the Arctic.

Liu Zhenya, chairman of State Grid estimates that the proposed clean energy network could cater for up to 80% of global electricity demand.

Lui continued on to say that smart grids and ultra-high voltage (UHV) and clean energy are “the only way to a green, low carbon, economical, efficient and open energy system with sustainable supply.”

Commenting on the development, Masayoshi Son, chief executive officer of Softbank said: “China is already the biggest country in the world for wind, solar power generation and also UHV grids. And has scale, so we can learn many things from China’s success. Also, by interconnecting, we can help each other on supply and demand.”

If given the go ahead, the project will be the world’s largest infrastructure project, adds NBC News.

While the network is only expected to be in service in 2050, State Grid plans to commence with pilot projects in Asia in the next 10 years.

The US is also scheduled to sign an agreement to combat climate change formed at the COP 21 Paris conference held last year.

Former US energy official David Sandalow, noted that the major barriers to achieving the State Grid’s vision would be of an institutional, and not a technical nature, adding that, “it’s an open question whether national governments will be open to such a revolutionary idea.”

The first phase will focus on long-range interconnection domestically, as well as developing battery and other technology required for better transmission of renewable power resources.

Later on, the country’s grid will be connected with others, starting with northeast Asian neighbors like Mongolia and South Korea.