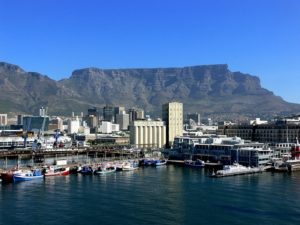 In South Africa, a wave of electricity blackouts over the past two weeks has prompted Cape Town officials to call for the swift completion of municipal energy-saving measures.

City council authorities said this week that Cape Town expects to save around ZAR120 million (US$10.6 million) through its internal energy-efficiency program, reports Business Day.

This will help reduce demand and in turn ease some of the burden on state utility Eskom’s supply constraints.

As part of the package of measures, the City of Cape Town has installed smart electricity meters in 65% of 90 large administrative buildings.

The majority of savings are expected to come through savings on municipal lighting.

Cape Town has also completed the retrofitting of approximately 26% of its large buildings thus far by investing ZAR25 million (US$2.2 million).

The City’s is also looking to its street lighting retrofitting program to save electricity. Approximately 17%, or 25,210, of the street lights in the city have already been replaced by energy-efficient street lights.

Mr van der Merwe said since 2009, the city, Eskom and the South African Property Owners Association had collaborated to run the energy-efficiency forum for the commercial sector in Cape Town, which promotes discussion around reduced energy input within maximum production output, the local media report said.

“This is a truly collaborative effort between many City departments, including the Environmental Resource Management Department and the Utility Services Directorate.”

At this year’s African Utility Week, held in May in Cape Town, the City of Cape Town was named top municipality for its infrastructure planning.